Dav Doone says the Belles head into this weekend full of confidence as they prepare for County Cup action.

The Belles host AFC Doncaster on the 3G pitch at the Keepmoat Stadium on Sunday as they enter the Sheffield and Hallamshire FA County Cup at the third round, and Doone says there has been an uplift in team spirit this week following the 3-3 draw at TNS last weekend.

“We’ve all had a bit of a boost after the result last week, it stopped a bit of an unwanted rot that we’d been on, the spirits have been high in training and now we’re all looking at going one better this weekend,” he said.

“They’re beaming with confidence which is great to see, a few of them have had a good confidence boost individually and that’ll help the team as a whole, we want to take that forward now.

“It’ll be a completely different game to the one last week, it’s on a nice pitch, it’ll be a quick game which hopefully will suit us a little more too, it’s a bit of an unknown in who we’re up against but we’ll make sure we’re ready.”

The Belles face off against local opposition in AFC Doncaster for their final game of the year, with their cross-town rivals top of their league after six wins and a draw from their first seven games, and Doone is hoping for a strong performance to end 2019.

“We haven’t seen them play but you only have to look at their league table to see they’re going to be a tough test for us, we have to respect them, but hopefully our game is quick enough and we can out-do them,” he added.

“It’s a derby game that we’re all looking forward to, we’re all going to be up for it, we want to make sure that we put on a good performance, a good show and hopefully end the year with a win.

“We want to head into the New Year with smiles on our faces so we can head into 2020 with a little bit of momentum which would be fantastic, we can have a little rest over Christmas time and then be ready for that first game of the year at Leafield.”

The Belles host AFC Doncaster on the 3G pitch at the Keepmoat Stadium at 2:00pm on Sunday December 15, entry is free. 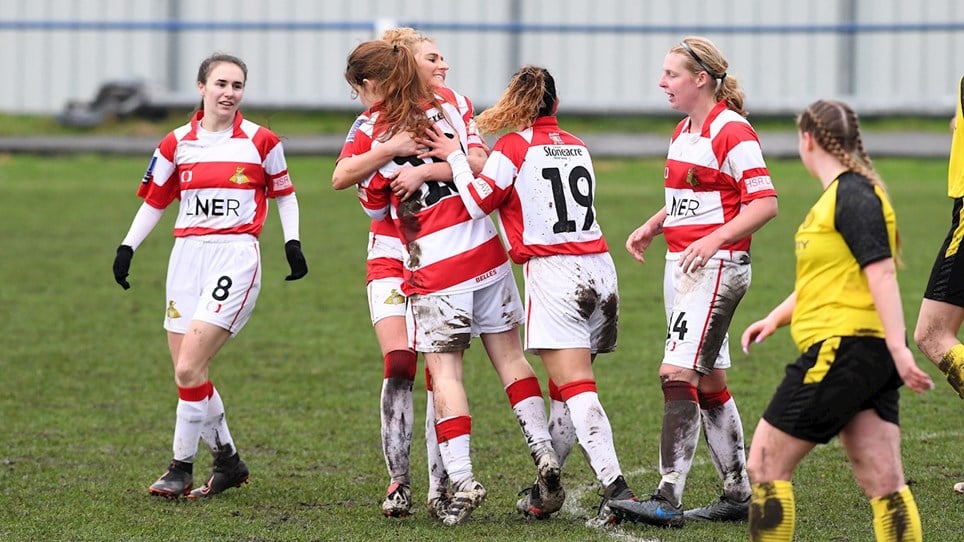