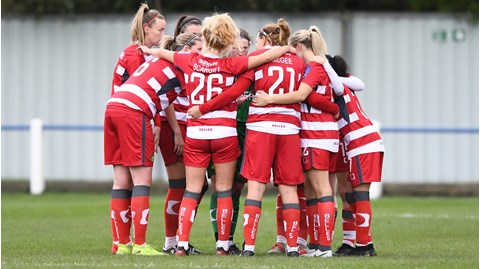 The Belles led Redditch 1-0 through Jess Andrew’s strike having previously struck the woodwork twice, but conceded to an 87th-minute counter-attack and were then beaten on penalties.

Assistant manager Buxton said: “The girls are disappointed but they need to learn from that. We got ahead, but then it was down to game management and we gave the ball away for them to break.

“Don’t take anything away from Redditch. They are a good side, they wanted to win every first ball, second ball, header and tackle they could - they took their chance and good luck to them in the next round.”

Buxton was pleased to see Andrew find the back of the net for the third time this season.

He added: “We got a great goal from Jess, it was good to see her get on the scoresheet.

“In every training session Jess is the last one off because she’s always doing extra finishing practice, and that goal is just rewards for her.”