The Belles bowed out of the FA Women’s Cup after coming out the wrong side of a penalty shootout at Redditch United.

The Belles hit the woodwork twice before taking the lead, but were pegged back three minutes from full-time as the home side fought back to take the tie to penalties.

Lyndsey Ross was the main threat for the home side, with a fourth-minute shot that was straight at Ellie Sharpe and lifting an effort wide after nine minutes.

Sophie Scargill had a low shot after 13 minutes which was never going to test Hadley, while a minute later the same midfielder’s ball through for Lily Harrison was just too close to the keeper.

A direct approach almost paid dividends after 23 minutes when a Sharpe goal-kick was flicked on by Jenna McGee then Harrison to set Khan clear, but her shot at the near post was held by Hadley.

McWilliams went close a couple of minutes later with a header from a Jess Andrew cross, with Hadley scrambling across goal as the ball went just wide. A curled effort shortly after that was also well held by Hadley.

The best chance of the opening period came when the Belles won the ball back in the final third and Khan’s driven effort was tipped onto the near post by Hadley.

McGee headed a corner wide shortly before the break, but there was no breakthrough in the opening period.

Charlotte Dinsdale had an effort after 52 minutes when a free-kick from Andrew was cleared into her path, though there was not enough power on the shot to trouble Hadley.

The Belles made two changes early in the second period looking to step up their play, with Phoebe Sneddon and Chloe Dean coming off the bench for McGee and Harrison. That freed up Andrew to move from right-back to her favoured attacking midfield role.

Sharpe had to be out quickly to get to the ball ahead of Abbie Bailey, with Dinsdale on hand to clear.

Andrew tried her luck from distance after 58 minutes, but it was too close to Hadley, while the Belles again hit a post with 20 minutes to go when McWilliams’ header from Dean’s had Hadley scrambling.

The ball was pinged off the same post eight minutes later by Andrew - except this time her effort was on the inside and ended up in the back of the net.

Again the chance came from the Belles winning the ball back high up the pitch as Sneddon dispossessed Shannon McFadden. The ball fell straight to Andrew, who lofted the ball towards the far corner of the goal and it went in via the woodwork.

The home side threw everything at the Belles in the final stages to get back into the game, with Sharpe getting down brilliantly to deny home substitute Jade Guppy from close range.

Sharpe could do nothing about the 87th-minute equaliser from Guppy, though, as she fired home a cross from the right.

That sent the tie to penalties, with the home side ruthless from the spot and prevailing 4-1. 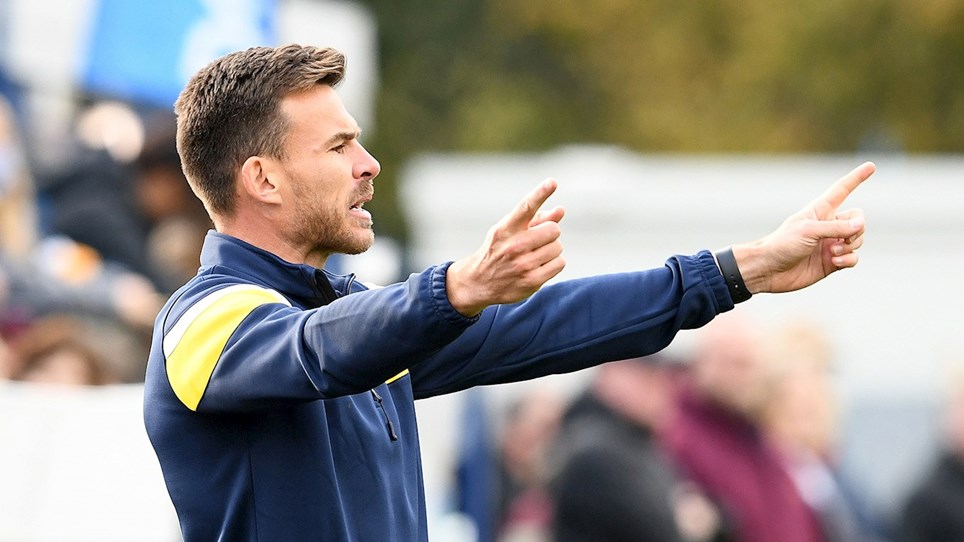 
Andy Butler says his side want to go as far as possible in the Vitality Women's FA Cup ahead of the Belles' first taste of the 2020/21 competition this weekend.


The Belles will head to Redditch United in the second qualifying round of the Vitality Women’s FA Cup.

Pay on gate at Redditch


Supporters looking to back the Belles as they open their Vitality Women's FA Cup campaign can do so.


Andy Butler says Nadia Khan’s match-winning hat-trick at Leafield Athletic was reward for the hard work she has put in on the training pitch. 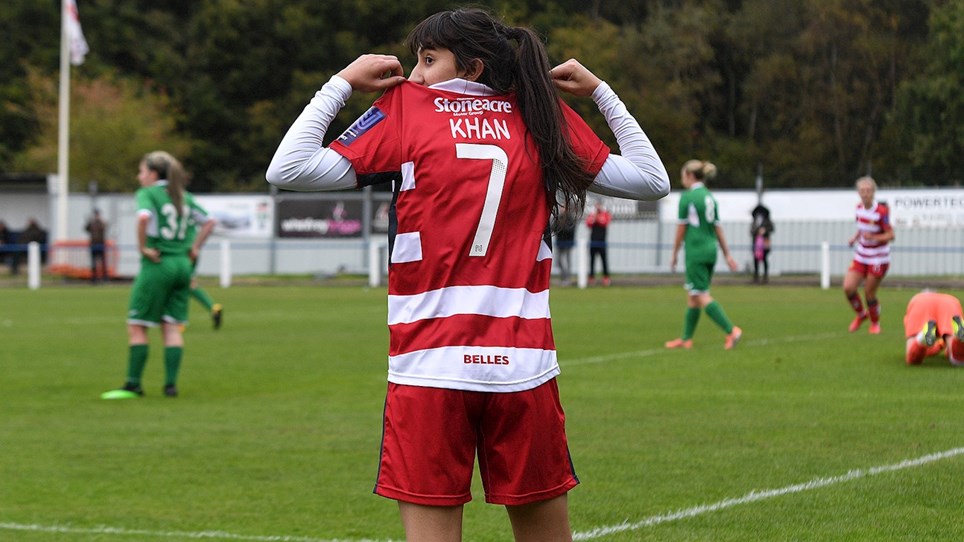 
Spectators can pay on the gate to watch Sunday's FAWNL Midlands Division One league fixture at Leafield Athletic.