The Belles squad for the 2020/21 season has been confirmed, with a number of new additions. 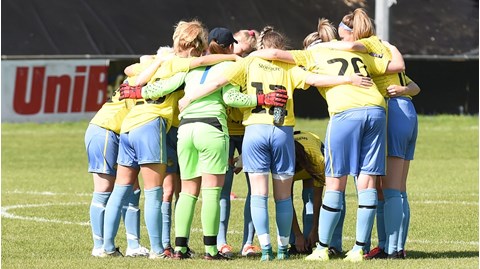 Manager Andy Butler will oversee an initial 20-person squad, with seven trialists joining the team after training and playing with the squad throughout pre-season.

Butler said: "We’ve added some good players to the squad, who all enhance what we already have. Sophie Brown is a powerful forward who really puts herself about, Chloe Dean, Jenna McGee, Debbie Barry, Jess Andrew and Phoebe Sneddon will add to our midfield options and Charlotte Dinsdale is a centre-back.

"A few players have opted to move on, we wish them all well and thank them for their efforts while at the club."

Squad numbers will be confirmed ahead of the opening hope game of the season next weekend.

To sponsor one of the new players or for any other commercial enquiries please call 01302 764665 or email commercial@clubdoncaster.co.uk. Full details of commercial packages, including match sponsorships and mascot packages, can be found here.