Belles boss Andy Butler wants his side to enjoy this season - starting with Sunday’s opening game at Boldmere St Michaels. 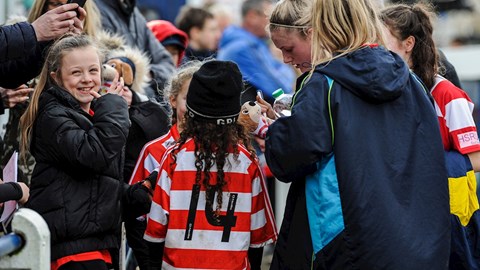 It marks the start of Butler’s first full campaign in charge of the Belles, and for the manager the most important thing is to see smiles on the players’ faces.

He said: “First and foremost I want to see enjoyment from the players, if you don’t have that there’s no point playing the game.

“Then we want togetherness, which you can see with the players rallying around each other and encouraging each other. Ultimately we want to win games, and I’m confident that if we play the way we want to do we’ll win more than we lose. It comes hand in hand.”

Butler returned to Doncaster Rovers as a player this summer, meaning he now holds three roles at Club Doncaster as he coached in Rovers’ Academy as well as managing the Belles.

He added: “I’m really proud to be back at Rovers and will give my all for them as well as the Academy and the Belles.

“When you’ve been involved for as long as I have now you can really start seeing the team, the character and what it means to be a Belle. I want the players who are here to have a real pride at playing for the Belles, as I have as manager.”