Belles manager Andy Butler praised his side’s determination to fight back and earn a point in their season opener at Boldmere St Michaels on Sunday. 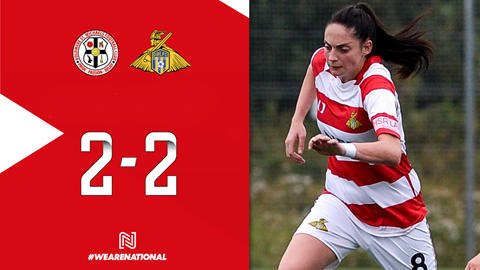 Jess Andrew’s equaliser came nine minutes into time added on, and while the goal came late it was ultimately a deserved point against a side who ran out comfortable winners when the two sides last met back in March.

Butler said: “It was a rollercoaster of emotions, but full credit to the girls for fighting back to 2-2 and we probably should have won it in the final seconds of the game.

“The fitness levels were really good and towards the end we really showed what we’ve worked on. The determination was there to keep battling on even when things are going against you.”

Although the home side claimed advantage with two counter-attacking goals in a three-minute spell which threatened to win them the game, Butler feels his side will learn from those moments.

He added: “Don’t get me wrong, mistakes happen. I can deal with that because we ask them to play a certain way, and we’re all human - as long as we learn from them I’m happy. We got two good goals back and probably should have scored more.

“We can still do some things better, but in terms of playing for the team, for the badge for the Belles you cannot question their desire. These finished second in the league last season, so to battle back from two goals down just shows the desire of the players to help each other out when someone makes a mistake.”