Jess Andrew says the Belles players will take a lot of confidence into Sunday’s first home game of the season. 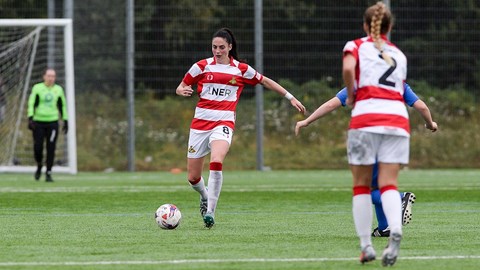 Andrew’s late equaliser earned a point at Boldmere St Michaels on the opening day of the campaign, and the girls are looking to build on an impressive battling performance when Bedworth United visit Oxford Street (2pm KO).

The midfielder said: “We’ll take a lot of confidence from last Sunday, and we’ll go into it with 100% belief.

“It’ll be the first home game which will be good for the players and the fans who can get down, we’re all looking forward to it.

The former AFC Doncaster midfielder is one of seven new arrivals in the playing squad this season, and she says it has been easy to settle in.

“I think everyone else who has come in feels the same way too. We’ve got great coaches and a great setup for us to go on and do well this season.”