A brace from Hannah McWilliams and goals from Phoebe Sneddon and Jess Price secure the Belles three points on the road vs Holwell Sports.

Within three minutes the Belles had conceeded from the first chance of the game. Holwell's forward finished into the bottom corner of Elaneor Sharpe's goal.

This did not affect the determination of the Belles who instantly got themselves back into the game following a neat finish from Hannah McWilliams.

From this point onwards Andy Butler's side dominated, and it was thanks to an inspired performance from the oppositions goalkeeper that game remained level.

It remained all in the Belles for favour for the opening period and the Belles were unfortuanate not to go in at the break ahead.

Straight in the second half and the hosts retook the lead immediately further continuing their clincial display in front of goal.

Butler made a roll of the dice with two changes which meant Lily Wishart and Niamh Doody were replaced by Nadia Khan and Jess Price. The latter would later play a part in the Belles' third goal.

Those changes did the desired job for Butler. Phoebe Sneddon made the game 2-2 after lobbing the goalkeeper from 20-yards out.

The Belles then took the lead for the first time in the game with McWilliams getting her second after getting on the end of a well timed cross from Price.

That lead only lasted seven minutes however, with Holwell equalising on the 85th minute through their third shot on target of the game.

Within the dying minutes of the game the Belles snatched the winner through Price who chipped the goalkeeper from close range.

There was a couple nervy moments in the dying seconds with Holwell coming close to equalising again but Butler's girls hung in there and took a deserved three points home with them. 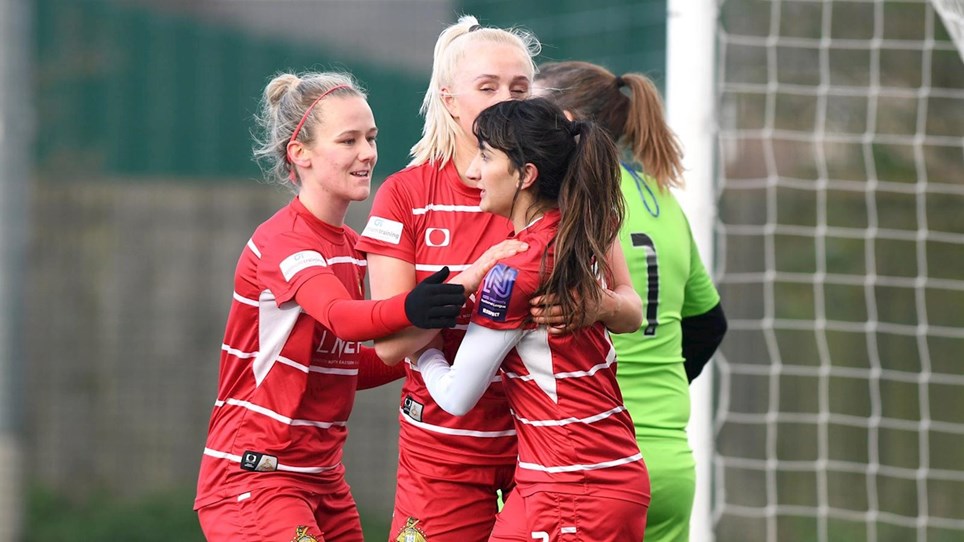 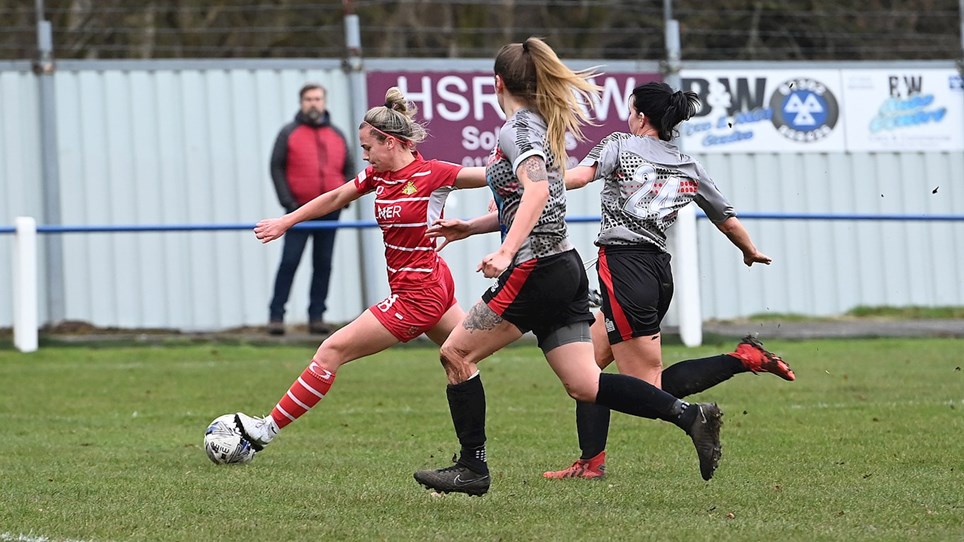 
An early strike by Jasmine Saxton sees the Belles claim all three points, as they see off Wem Town 1-0 in the FA WNL Division One Midlands.