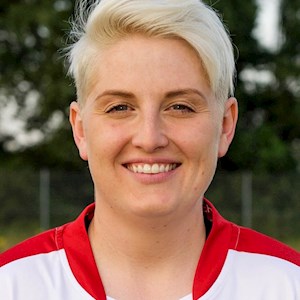 Aged 16, Smith joined Sheffield United Academy but at 18 moved to Georgia, USA. While in the States, she competed in the NAIA Division One for Brenau University Golden Tigers.

In 2018, the left-footed midfielder re-joined her childhood team. Her footballing hero is England legend Kelly Smith.