After just one day of general sale, the club can confirm that there are no tickets remaining for Rovers' Emirates FA Cup match against Premier League Crystal Palace.

The match marks the first time Rovers have competed in the fifth round of the cup competition since 1956.

Supporters who have not been able to purchase a ticket will be able to watch the match live on BBC One or listen to live commentary on iFollow Rovers.

Tickets for Tuesday's Sky Bet League One clash with Southend United are still available via the Club Doncaster Box Office. Purchase yours now by either visiting in-store at the Keepmoat Stadium, by calling on 01302 762576, or online at tickets.clubdoncaster.co.uk. 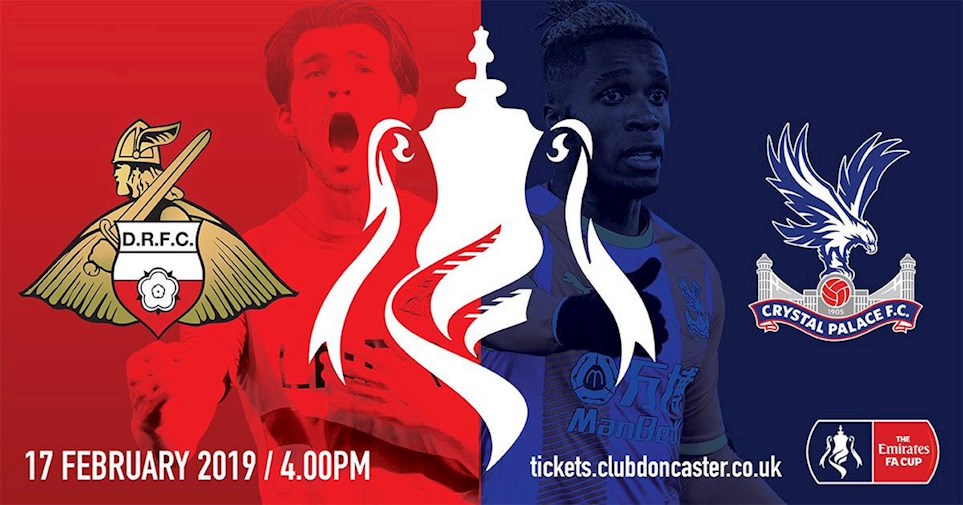 
On Monday February 11, tickets for Rovers Emirates FA Cup fifth round match against Crystal Palace were released for general sale.