Rovers will be looking to complete a league double over Oxford United when they travel to the Kassam Stadium in Sky Bet League One on Tuesday night.

Andy Butler’s side were held to a goalless draw by Northampton Town in their last outing.

Oxford have won one of their past six league games stretching back to a 1-0 home defeat against Portsmouth on February 23. They then took a point on the road at MK Dons, before back-to-back goalless draws against Peterborough United and Charlton Athletic respectively.

They got back to winning ways with a 2-1 victory against local rivals Swindon Town, before being beaten 2-0 at Hull City in their last outing.

Former MK Dons and Charlton Athletic manager Karl Robinson was appointed as Oxford boss in March 2018, replacing Pep Clotet in the role. He helped guide the team to the Sky Bet League One play-off final last season, where they were beaten by Wycombe Wanderers. Since his appointment, Robinson has been in charge of 164 Oxford managers, winning 67, drawing 47 and losing 50, giving him an overall win percentage of 40.9%.

After coming through the ranks at Coventry City, Ruffels joined Oxford on a free transer in the summer of 2013. Since then, the left-back has gone on to make more 250 appearances for the club, including help the team establish themselves at Sky Bet League One level after promotion in the 2015/16 campaign.

The 27-year-old has a good eye for goal, having scored five times so far this season.

19 goals in the first-half of the campaign saw him coveted by plenty of clubs in higher divisions, but it was rivals Bristol City who secured his services in January 2017. His time on the red side of the City struggled to get off the ground though, and he returned to Oxford, initially on loan, in the summer of 2019. The 30-year-old found the back of the net 17 times in his first season back at the Kassam Stadium, before penning a permanent deal in the summer, and has already scored 11 times so far this season.

Rovers ran out 3-2 winners in an entertaining contest between the two sides at the Keepmoat Stadium back in February. Jon Taylor had given Rovers the lead before Sam Long drew the U’s level before the break. Two quick goals from Fejiri Okenabirhie and Taylor Richards all but sealed the victory, with Olamide Shodipo pulling a goal back to set up a tense finale. 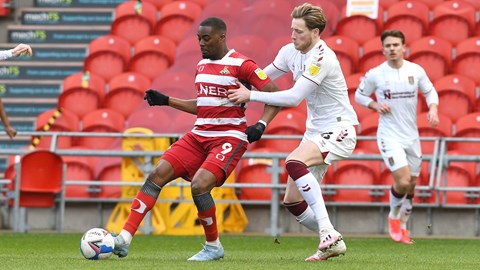 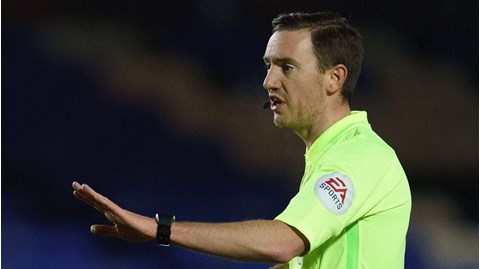 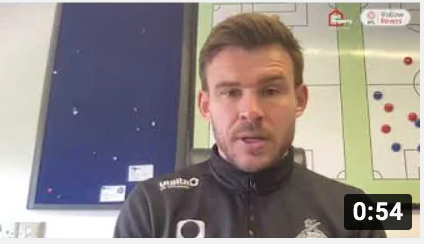 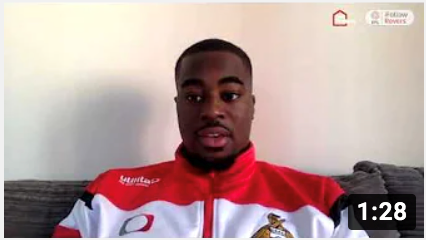 Three first half goals from Oxford United condemned injury-stricken Rovers to another defeat on the road.

Goals from Matty Taylor (2) and Olamide Shodipo within 24 minutes put the home side firmly in control and while Rovers were better second half, they weren’t able to really trouble Jack Stevens in the Us goal.

It was a frantic and even opening 20 with expansive and, on occasions, sloppy passing from both teams leading to end-to-end football.

Rovers registered the first shot of the afternoon when Taylor Richards’ hit the target with just five minutes on the clock, but Rovers played themselves into danger on more than one occasion with Louis Jones making early saves from Matty Taylor and Liam Kelly.

The Us keeper Jack Stevens was also busy making saves a Joe Wright header and Fejiri Okenabirhie – while a second Richards effort needed a good block to take it off target.

On the 19th minute, the hosts took the lead through Taylor – the host’s no.9 pounced on a ricocheting ball in the box after Rovers were unable to deal with a cross from Brandon Barker who had been causing Andy Butler’s men problems on the right.

The goal completely changed the game entirely giving the home side all the momentum and the Us didn’t look back.

Cameron Brannagan could have doubled the U’s lead five minutes later – his effort from distance took a horrible bobble and demanded a decent save by Jones in the end to keep it out. The corner kick delivery also caused problems and it was Danny Amos with the vital touch to take Elliott Moore’s venomous shot away from danger.

At the other end, some nice play around the box was failing to translate into shots with James Coppinger’s shot on the half-hour mark – which might have troubled Stevens if not for a deflection – the only effort of note.

Oxford dominated possession winning corners and free kicks without really troubling the Rovers defence, but they turned the screw five minutes before the break scoring twice in quick succession.

Taylor got his second, heading in from Kelly’s deep free-kick delivery following a foul on Olamide Shodipo and Shodipo got the third minutes later when the ball fell to him and he fired a thunderbolt effort beyond Jones.

Jones was in the action early in the second half with Shodipo the man involved again. His effort was dipping and weaving but the youngster got down well to his right to push it wide and he was needed again to save Brannagan’s effort from distance, and a second effort by Shodipo and another by Barker.

More injury woes for Rovers came when AJ Greaves went off on the hour mark. He was replaced by Madger Gomes while Branden Horton replaced Danny Amos for his league debut. Jason Lokilo also came into the fray in place of Elliot Simoes.

The Belgian winger made an early impact with a dangerous cross across the face of the Us six-yard line but it evaded Okenabirhie and Richards and was cleared. The duo of Lokilo and Okenabirhie almost bore fruit again – this time the no.9s effort was blocked for a corner.

As the games timer ticked down and the game all but won, Rovers were afforded more of the ball. Richards sent a free kick from the edge of the box over the bar, Wright had a header blocked, and Gomes’ stinging effort from range collided with Okenabirhie.

Rovers best chances of the game came later in the game. Gomes forced a decent save from Stevens with five minutes remaining while Rob Atkinson was needed to clear Taylor Richards' effort off the line. 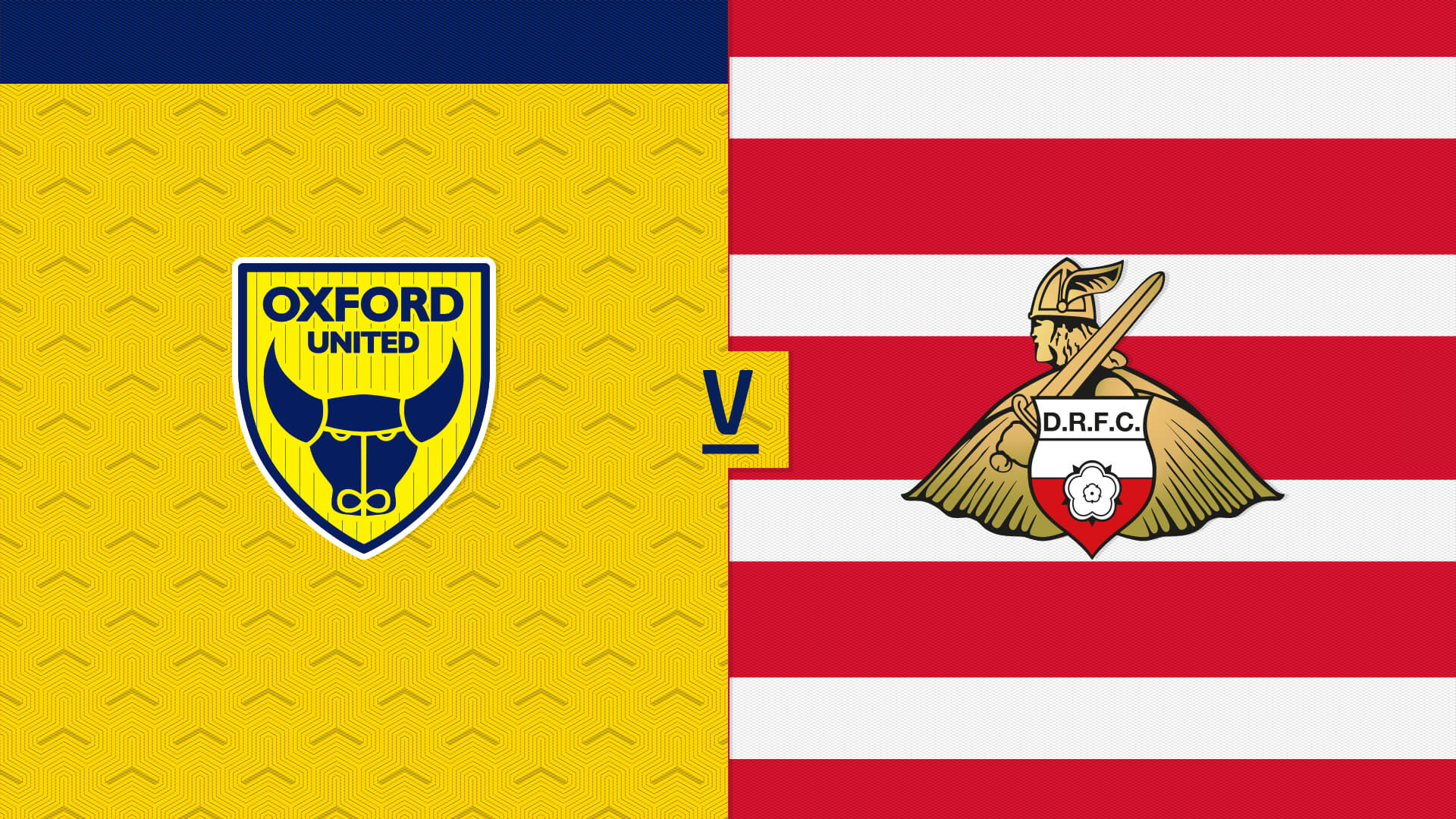 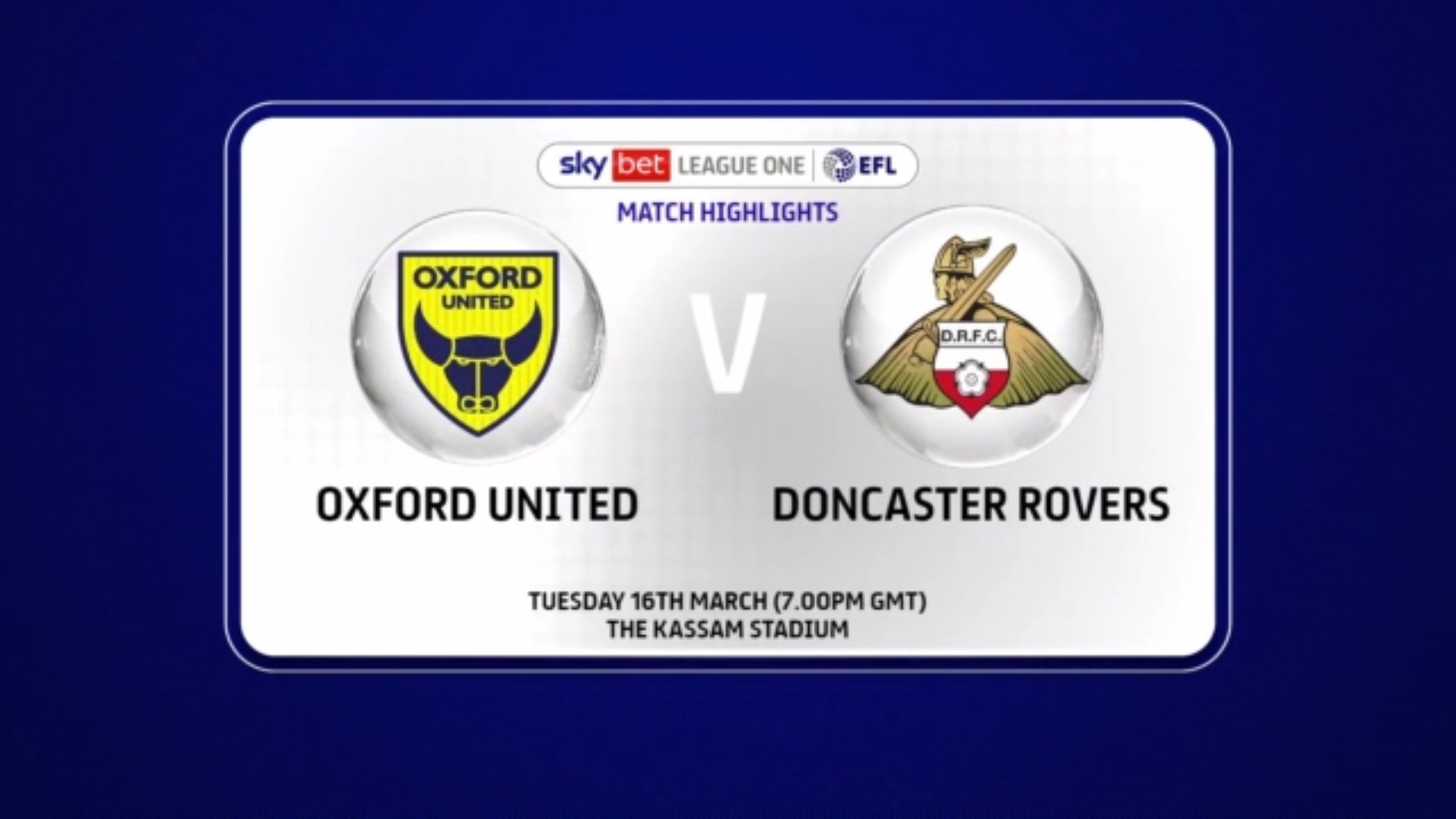 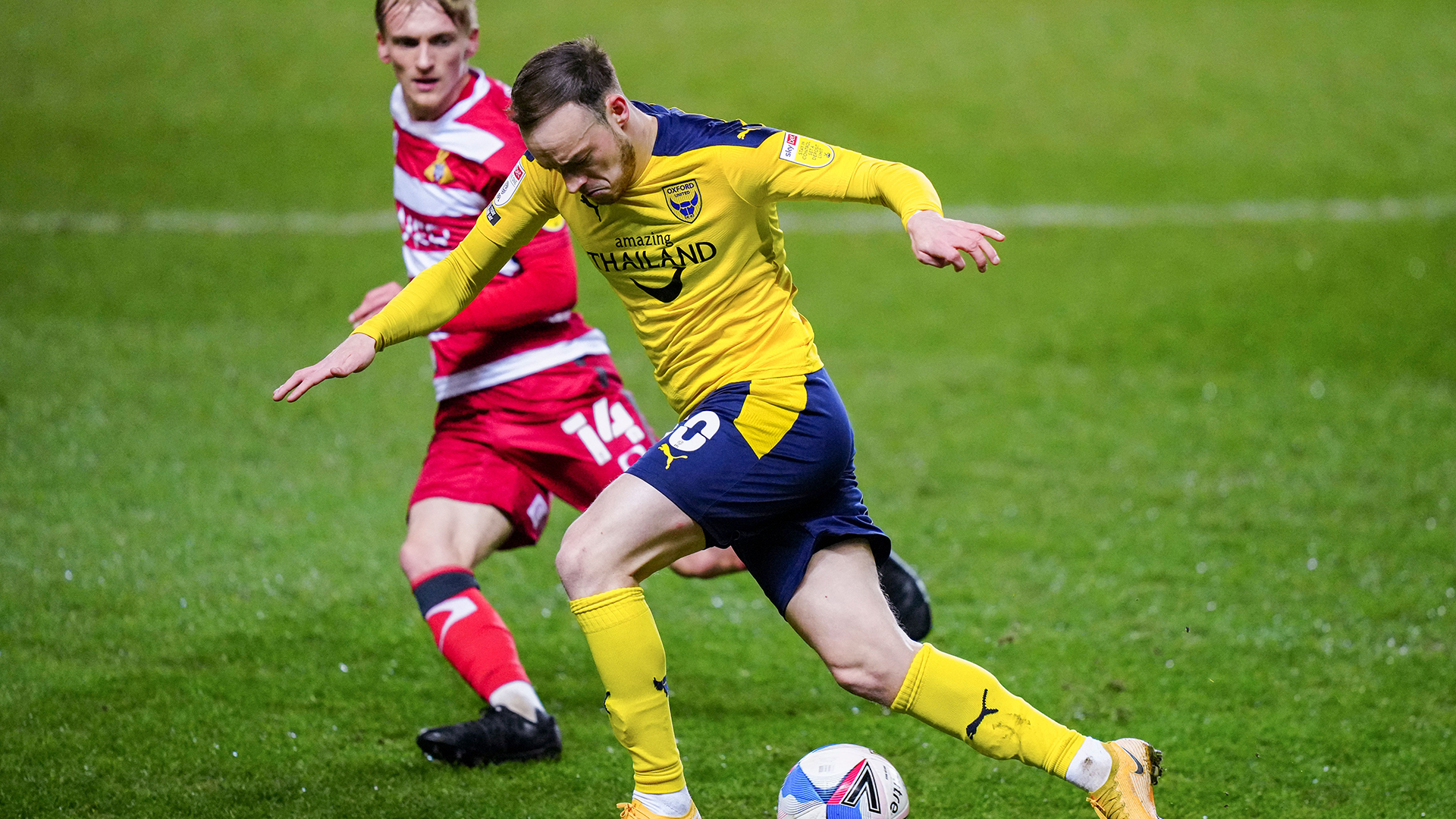