Rovers travel to take on Oldham Athletic in the EFL Trophy group-stage on Tuesday night.

Darren Moore’s side are looking to get back to winning ways after suffering their first defeat of the league season at Wigan last time out.

Rovers claimed an extra bonus point in their first group-stage game after beating Bradford City 4-1 on penalties following a 0-0 draw in 90 minutes.

Goalkeeper Louis Jones was the hero on the night saving a spot kick in the shootout on his senior debut for the club.

Oldham got their campaign off to a flying start, after beating Wolves U21s 4-0 at Boundary Park in September.

Harry Kewell was appointed as Oldham manager in the summer more than 18 months after leaving Notts County. The former Liverpool midfielder took over at Boundary Park following the departure of Dino Maamria.

The 28-year-old defender joined Oldham in the summer after a successful loan spell at the end of last season. Piergianni started his professional career with Peterborough United, before enjoying spells with Stockport County and Boston United.

Prior to his move to Oldham, he played a key role in helping Salford City win promotion to Sky Bet League Two.

The experienced winger signed for Oldham on a season-long loan from National League side Wrexham in the summer. The much travelled 31-year-old started his career with Accrington Stanley, before spells with Scunthorpe United, Rochdale, Blackpool and Fleetwood Town more recently.

He re-joined Accrington on loan last season and made five appearances before the season was curtailed. He netted on his Oldham debut in the Carabao Cup victory at home to Carlisle United in September.

McAleny joined Oldham in the summer on a one-year deal after leaving Sky Bet League One side Fleetwood Town.

The 28-year-old is a product of the Everton youth system and played two games in the Premier League for the Toffees. During his time at Goodison Park, McAleny spent time on loan with several clubs, including Scunthorpe United, Wigan Athletic and Oxford United.

Ben Whiteman’s double sealed a 2-1 victory against Oldham in the Emirates FA Cup back in January 2019. The win saw Rovers progress into the fifth round of the competition for the first time in 63 years. 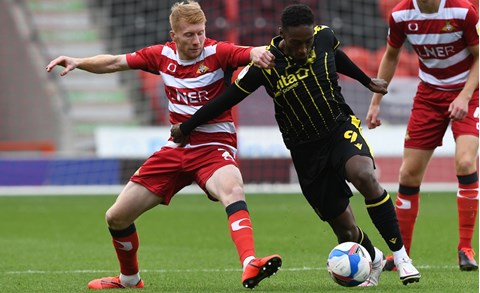 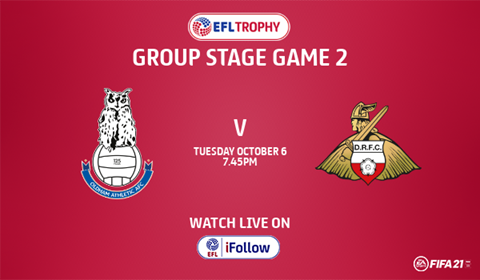 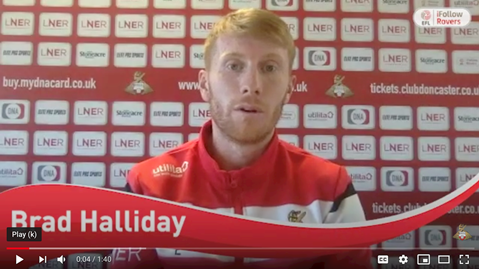 Rovers rued missed chances as they fell to a 2-0 defeat to Oldham Athletic in the EFL Trophy.

The visitors boasted more possession and chances in their evening at Boundary Park but second half goals from Danny Rowe and Zach Dearnley were enough to seal the points for the home side.

Darren Moore made three changes to the side that lost out to Wigan Athletic the weekend before. Louis Jones came in to replace Josef Bursik who is on England U21 duty, Cameron John replaced Reece James (knee injury), while Jon Taylor dropped to the bench to be replaced by Fejiri Okenabirhie.

With an international call up for Danny Amos too there was space on the bench for Lirak Hasani, Liam Ravenhill, Ben Blythe and Ben Bottomley.

Rovers boasted the lion’s share of possession in the first half, but Oldham were threatening throughout the game. Both keepers were called into action early with Jones asked to deal with an early shot from the Latics’ new striker Dylan Bahamboula and Ian Lawlor needed to deny Okenabirhie from the edge of the box.

The first half saw plenty of slick passing play by Rovers with Taylor Richards and Ben Whiteman playing great balls through for the forwards but Rovers’ struggled to hit the target with Cameron John and Okenbirhie both seeing efforts smashed into The Jimmy Frizzell Stand.

A series of Rovers corners provided a few more half-chances for the visitors. James Coppinger dropped each one right on top of the goalkeeper with one almost sneaking in at the near post. Lawlor did just enough to keep them out.

Despite Rovers’ dominance, the Latics probably should have taken the lead when Jordan Barnett’s neat reversed pass put Bobby Grant through – his effort missed the target.

At the other end, Madger Gomes was given similar chance Whiteman’s sublime ball picked him out following a break kick-started by a Jones save and quick distribution. The Spaniard connected well enough with his effort, but it was straight at Lawlor.

Lawlor made an ever better save to deny Tyreece John-Jules – the no.19 made a fabulous darting run to ensure he was first to Coppinger’s ball in from a corner kick, but his header was straight at the keeper.

It was then the turn of both defences to gift chances to the opposition. Piergiannis’ loose ball out of the back was picked up by Rovers’ no.9 it was a good run from the striker but he was unable to keep his shot down and could only watch it fly into The Jimmy Frizzell Stand.

While at the other end, miscommunication between Jones and Joe Wright saw the ball fall to Davis Keillor-Dunn with the Rovers keeper off his line. Jones recovered well to be in the way of the shot.

Both managers opted for changes at the break. Jon Taylor came in to replace James Coppinger while Bahamboula was replaced by Zach Dearnley.

The Latics substitute almost had the perfect start as he latched on to a ball over the top of the Rovers defence, his looping header just kept looping and was beyond Jones’ back post.

The hosts started to get more of a grip on the game in the second half and Jones was called into action time and time again. The first to deny a whipped free-kick from Danny Rowe, then Zach Dearnley and Jordan Barnett from distance.

Rovers had their best chance of the 90 in this period. Taylor Richards played a defence splitting pass into the path of John. His shot beat Lawlor but not Sido Jombati who cleared it off the line.

Oldham took the lead after hour mark. Rowe’s second effort from a free kick from a similar position to his first had the beating of Jones at his near post to put the home side 1-0 up.

The goal gave Oldham a bit of a lift and the game evened up, but Rovers continued to make chances. Gomes and Taylor both had good shots deflected wide and a trademark side-footer from Whiteman whistled just wide. Jones was locked in a personal battle with Dearnley making another save to deny him but the young keeper could do nothing about Dearnley’s strike on the 86th minute.

A poor touch in Rovers’ midfield gifted the ball to Ben Garrity who broke down the left, pulled the ball back to Dearnley, who unleashed a thunderbolt giving Jones no chance and sealing the points for his team. 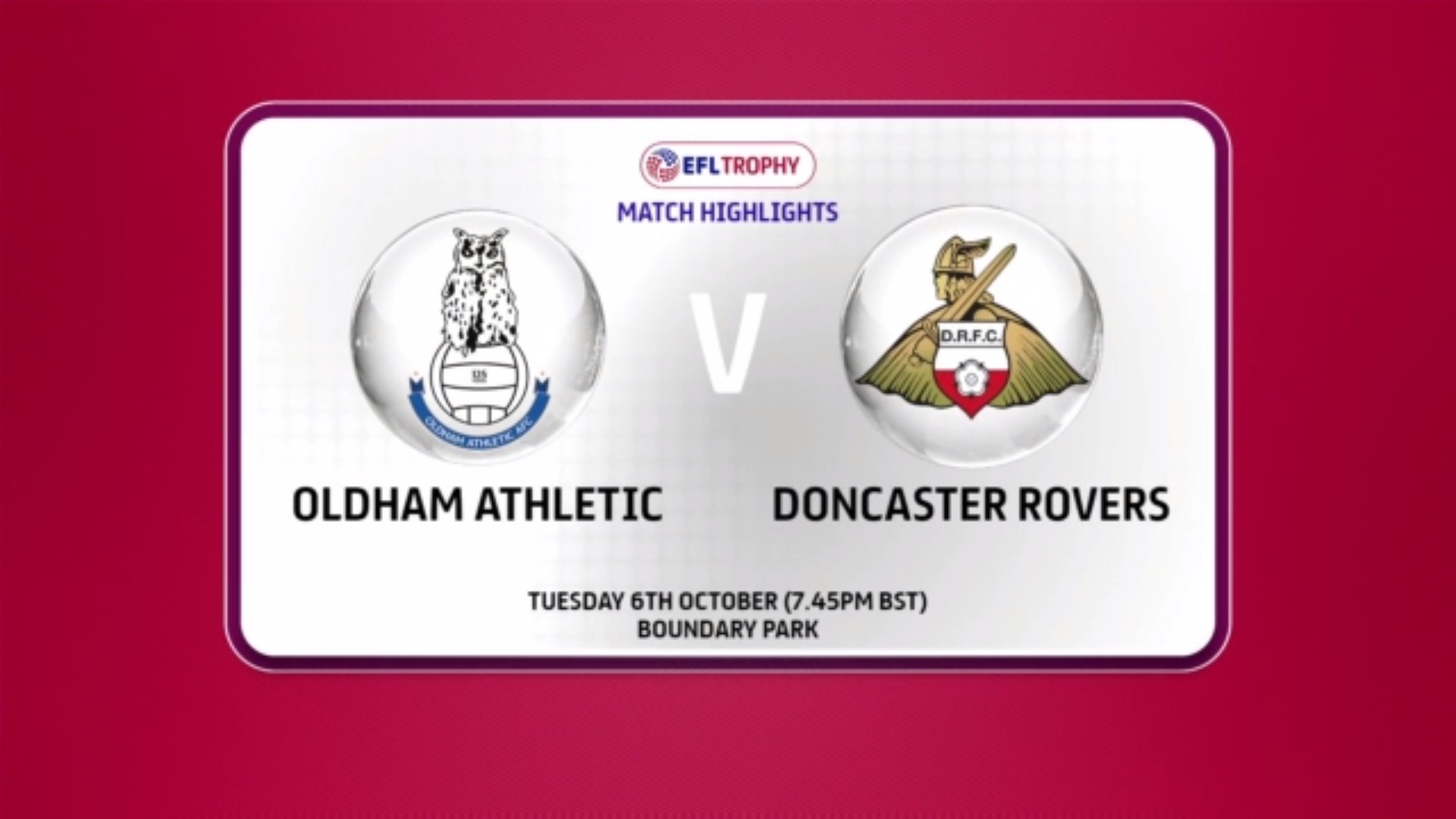 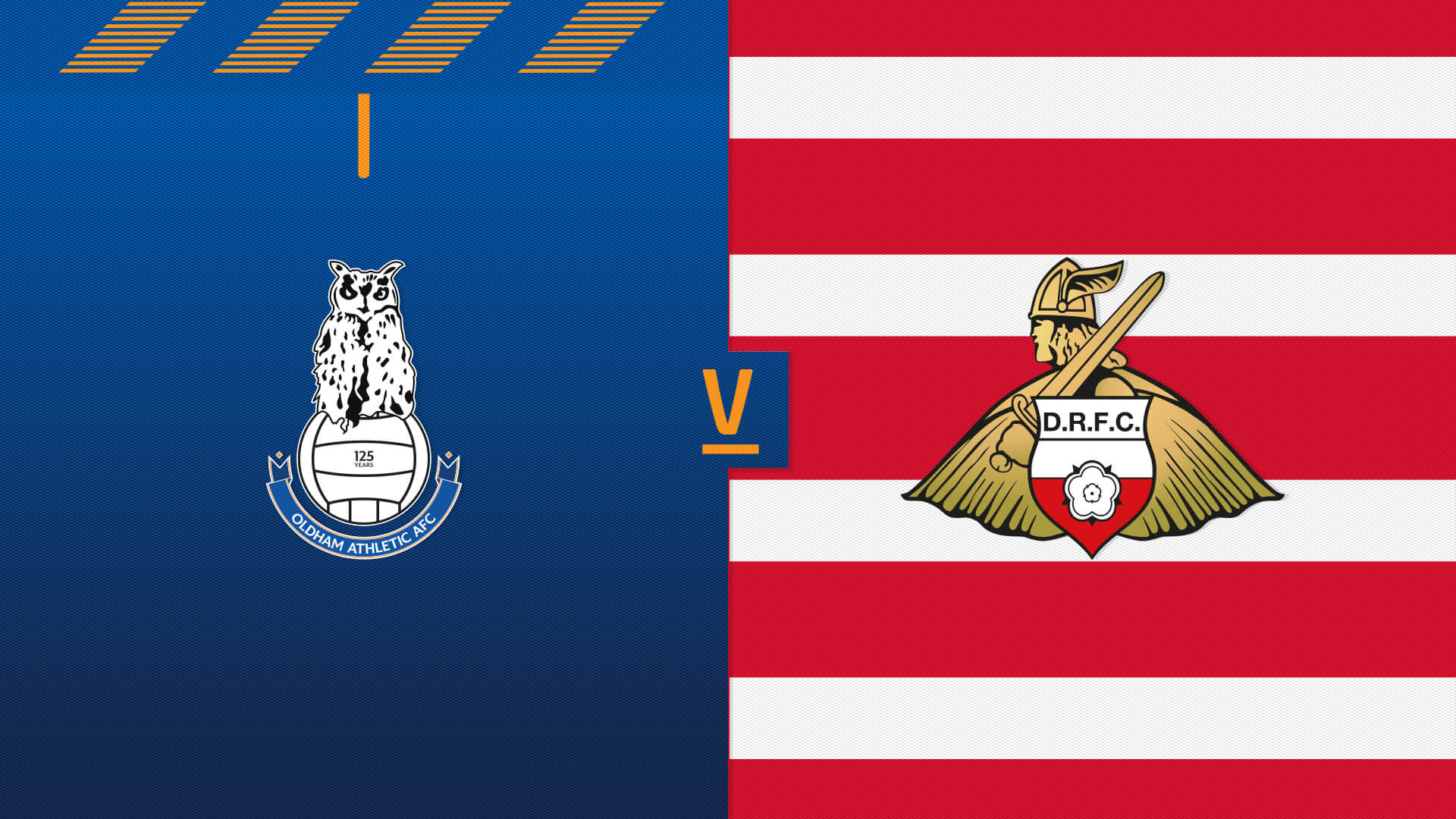 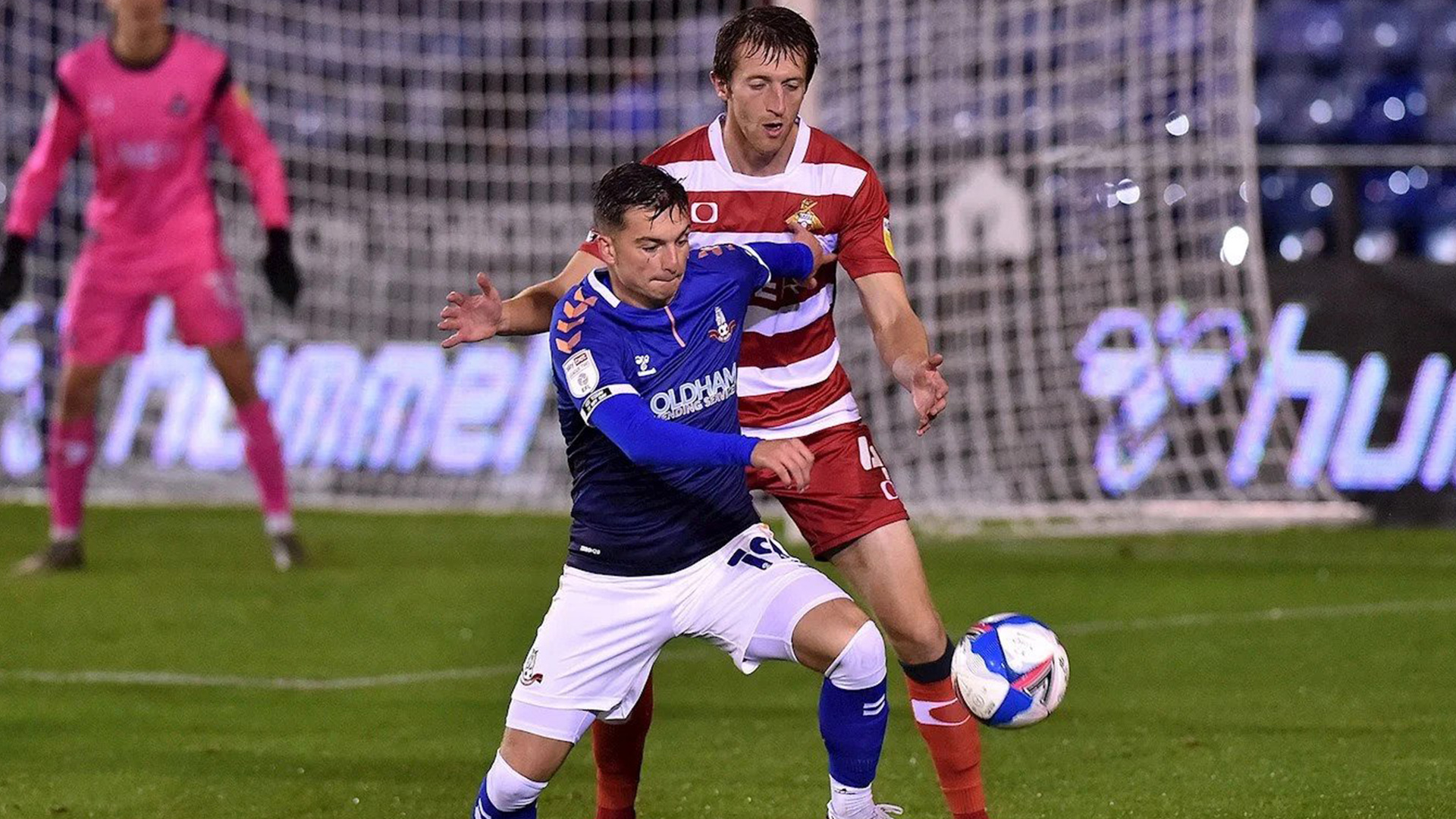