Rovers travel to the Mornflake Stadium for the second time in four weeks on Wednesday evening to take on Crewe Alexandra in the Papa John's Trophy.

The two sides played our a 1-1 draw on November 2 in Sky Bet League One. Chris Porter’s header from close range 12 minutes before half time gave the hosts the lead, before Joseph Olowu’s first EFL goal in the fourth minute of first half stoppage time brought Rovers level.

The Railwaymen enter this Papa John’s Trophy match against Rovers having won just two of their last five matches across all competitions, including consecutive one goal defeats to League One opponents Ipswich Town and AFC Wimbledon.

Crewe Alexandra has lost three of their last four league fixtures under manager David Artell, with the only win in the current run of form being a 2-0 victory at home to Gillingham.

However, in cup competitions – and in particular the Papa John’s Trophy - the Railwaymen have fared much better.

Artell’s side have won four and lost two this season across the three cup competitions including a perfect record of three wins from three in the Papa John’s Trophy with wins over Shrewsbury Town, Wigan Athletic and Wolverhampton Wanderers U21. In fact, the Railwaymen have yet to concede a goal in this in the competition.

Nine players have scored for Crewe Alexandra this season, but the standout is Chris Long. The forward has four goals to his name including a 73rd-minute bullet into the bottom right corner at Ipswich Town in the team’s last outing.

However, it’s been the play of Mikael Mandron in the Papa John’s Trophy stands out. The Frenchman has scored three goals this season, with two of those goals coming against Wolves U21 in the team’s last Papa John’s Trophy match at the beginning of November.

Currently tied for second with three goals under his belt, Mandron has a 39.1% shots on target average entering Wednesday’s Papa John’s Trophy match. The Boulogne-sur-Mer, France native is also averaging 0.55 shots on target per game, while possessing a 0.33 goals per shots on target.

Mandron joined Crewe Alexandra in the summer of 2020. Last season, he led the Railwaymen with 14 goals across all competitions. Beginning his career as a youth in the northeast at Sunderland, he would go on to play for the Black Cats in first team action between 2013-16, before serving loan spells with Fleetwood Town, Shrewsbury Town and Hartlepool United while still employed in Wearside. In 2017, Mandron made a permanent move to Colchester United, going on to score 12 goals in 85 appearances across two seasons with the club. Internationally, Mandron was eligible to represent England, France and Scotland, and was called up to the Scotland U20 squad in May 2013.

Artell’s Crewe Alexandra enter the game on the back of two defeats, however, November has spelled an upturn in scoring form hitting the back of the net nine times across seven games.

This was bolstered by a 3-0 win over Wolves U21 side in the club’s last Papa John’s Trophy match to keep up an impressive record in this competition.

The team may currently sit bottom of the League One table, but they’ve had a near perfect run in the Papa John’s Trophy.

Manager David Artell spoke to the media ahead of the match.

On his recent team talks delivered to the squad:

“I gave them a few little pointers, and told them they will play better because of those pointers, we hope. If we play [like we did in the second half against Ipswich Town], we’re going to win more games of football.

On what needs to change in the team performances:

“We’ve got to cut out the silly mistakes that we’ve had in the last two games. If we do that, and we have to understand the state of the game, and the sort of tactically understanding of where we’re at…win the header, win the second ball, put it near their goal somewhere and get back on the halfway line.”

“All games at this level are tough and it will be the same with Doncaster. It is a knockout game and they will be looking to progress as much as we are.

“Doncaster are always going to be competitive with Richie as manager. He is a good manager and we will have to play like we did against Gillingham and Ipswich if we are going to go through.

“We certainly don’t take it lightly.”

📺 Stay close to the action with iFollow

Hunt: It's not good enough


The best photos as Rovers exit the Papa John's Trophy at Crewe Alexandra.


The goals and highlights as Rovers bow out of the Papa John's Trophy.

A Ben Knight thunderbolt and an Oli Finney header saw Rovers bow out of the Papa John’s Trophy with a 2-0 away defeat to Crewe Alexandra.

Rovers had the best of the play in the first half but for all their possession, passing and positioning, it was the home side who led at the break thanks to Knight’s unstoppable effort from 25-yards.

Rovers struggled to assert themselves in the same way in the second half and Crewe were able to double their advantage when Finney headed in from Knight’s corner kick delivery to seal defeat for Rovers.

Rovers made three changes from the side that were defeated at Burton Albion at the weekend with Louis Jones, Joseph Olowu – whose suspension does count in the Papa John’s Trophy – and Tiago Cukur receiving starts.

A Callum Ainley shot straight at Jones and a Finney effort which was ballooned well over the crossbar signalled a bright start for a Crewe side who have a near perfect record in the Papa John’s Trophy.

But it was an open game and Rovers were getting plenty of joy down the right. Smart play from Rovers, which saw them building well from the back, released first Aidan Barlow – whose cross was just ahead of Jordy Hiwula – and Joe Dodoo whose chipped ball into the six-yard box was headed wide by a combination of Barlow and Cukur. Another ball from the Rovers right was just about scooped over Crewe goal by Connor O’Riordan.

The closest either side went in the opening twenty minutes was when Mikael Mandron rose above Tom Anderson to meet Ainley’s cross but could only guide the ball onto the crossbar.

The two sides continuted to exchange a few half chances.

Matt Smith shot wide from 20 yards, before Dodoo picked up on a loose ball and his effort was deflected wide. At the other end, Jones parried Ainley’s effort before denying Nathan Woodthorpe at his near post.

Jones could do nothing about Crewe’s opening goal when it came just after the half-hour mark.

Knight collected the ball drove forward and hammered an effort into the top corner producing a moment of magic from virtually nowhere.

Despite going behind, the goal seemed to give Rovers incentive and they finished the half the stronger.

Dodoo, and Kyle Knoyle both had good shots blocked, while Barlow curled a sublime effort inches wide of the far post. Some spectacular defending by Luke Offord diverted Smith’s cross away from Dodoo who had looked set to make it five in four Papa John’s Trophy matches.

There were changes at the break for both teams – both managers were able to make five substitutions as the competition entered the knockout stages – with Tommy Rowe replacing Branden Horton at left back for Rovers.

Crewe started the second half much more brightly and Richie Wellens’ men were almost caught out when Finney nipped in to pinch the ball away from Olowu and work it to Knight. The Manchester City loanee was unable to find the same deft touch he’d found in the first half and this time sent the ball wide.

Despite not getting as much joy in the second period, Rovers did manage to work two big chances on the hour mark.

Dodoo, who was found well by Smith, had his effort blocked before Lirak Hasani – who replaced Barlow – won the ball back and threaded a pass to Rowe who was overlapping on the left. Rovers' No.10 played a delightful ball into a dangerous area, but Hiwula was caught on his heels and was beaten to it by keeper Jaaskelainen.

At the other end, Finney’s effort out of nothing took a horrible deflection which very nearly saw it loop over Jones into the far corner – it was a bit of a warning as Crewe continued to dominate the second period.

Finney’s goal, when it came, couldn’t have been simpler. He glanced Knight’s corner delivery in under no pressure.

U18 winger Tavonga Kuleya was introduced with 15 minutes remaining but it took until the 86th minute before he was able to really stretch his legs. He strode away from the home side’s left back and sent a decent ball into the box which was dealt with superbly by Luke Murphy.

That sparked a short period of pressure for Rovers. Rowe’s effort was blocked to Hiwula who in turn saw an effort blocked. Later Kuleya reacted well to take a first time strike from the edge of the box which was deflected wide.

It was too little too late for Rovers as they bowed out of the trophy competition.

Hunt: It's not good enough


The best photos as Rovers exit the Papa John's Trophy at Crewe Alexandra.


The goals and highlights as Rovers bow out of the Papa John's Trophy.

Rovers have been allocated an initial 566 seated tickets for the game against Crewe Alexandra in the Papa John's Trophy.

The match is due to take place on Wednesday December 1 and will kick-off at 7.45pm. 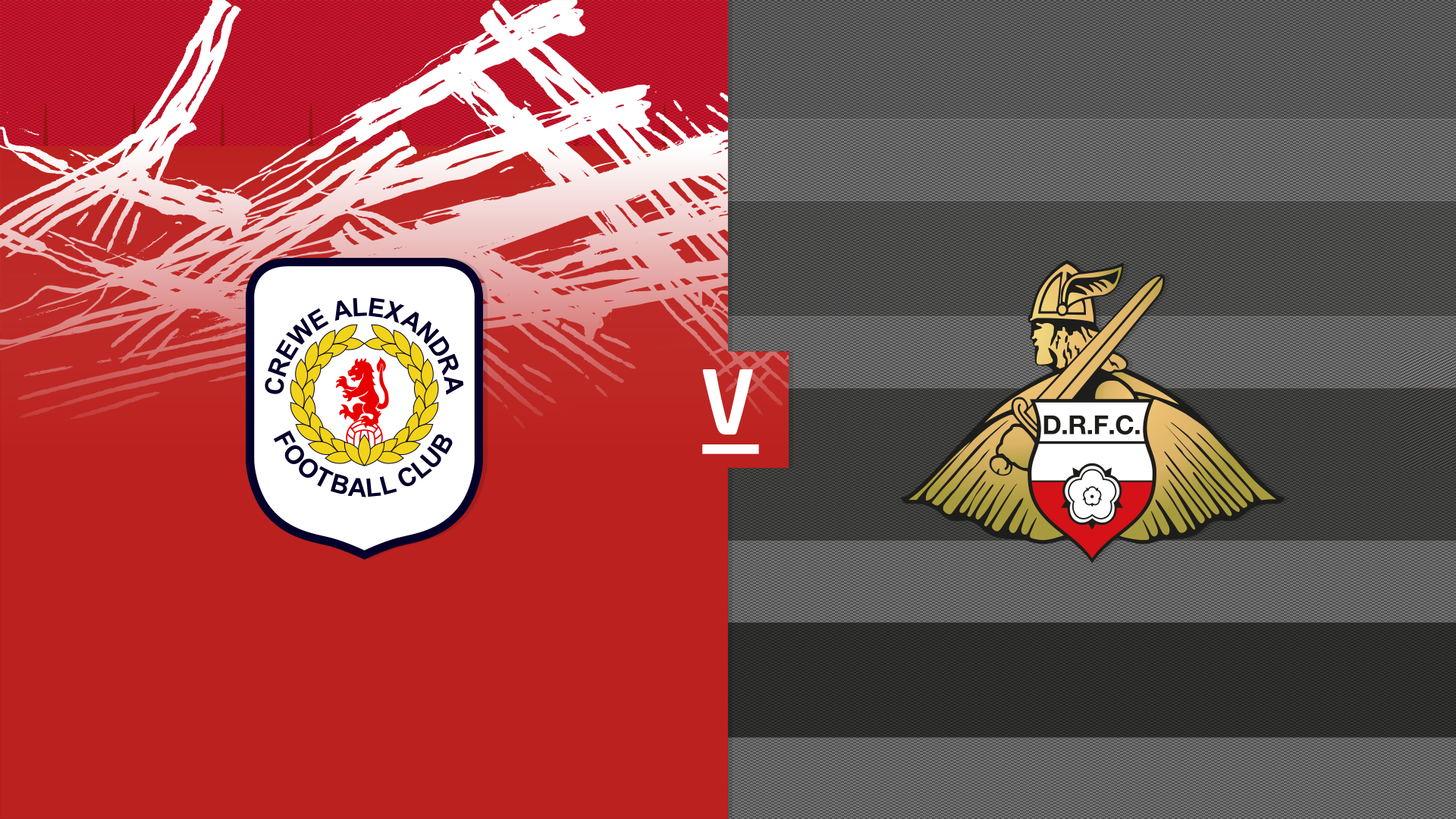 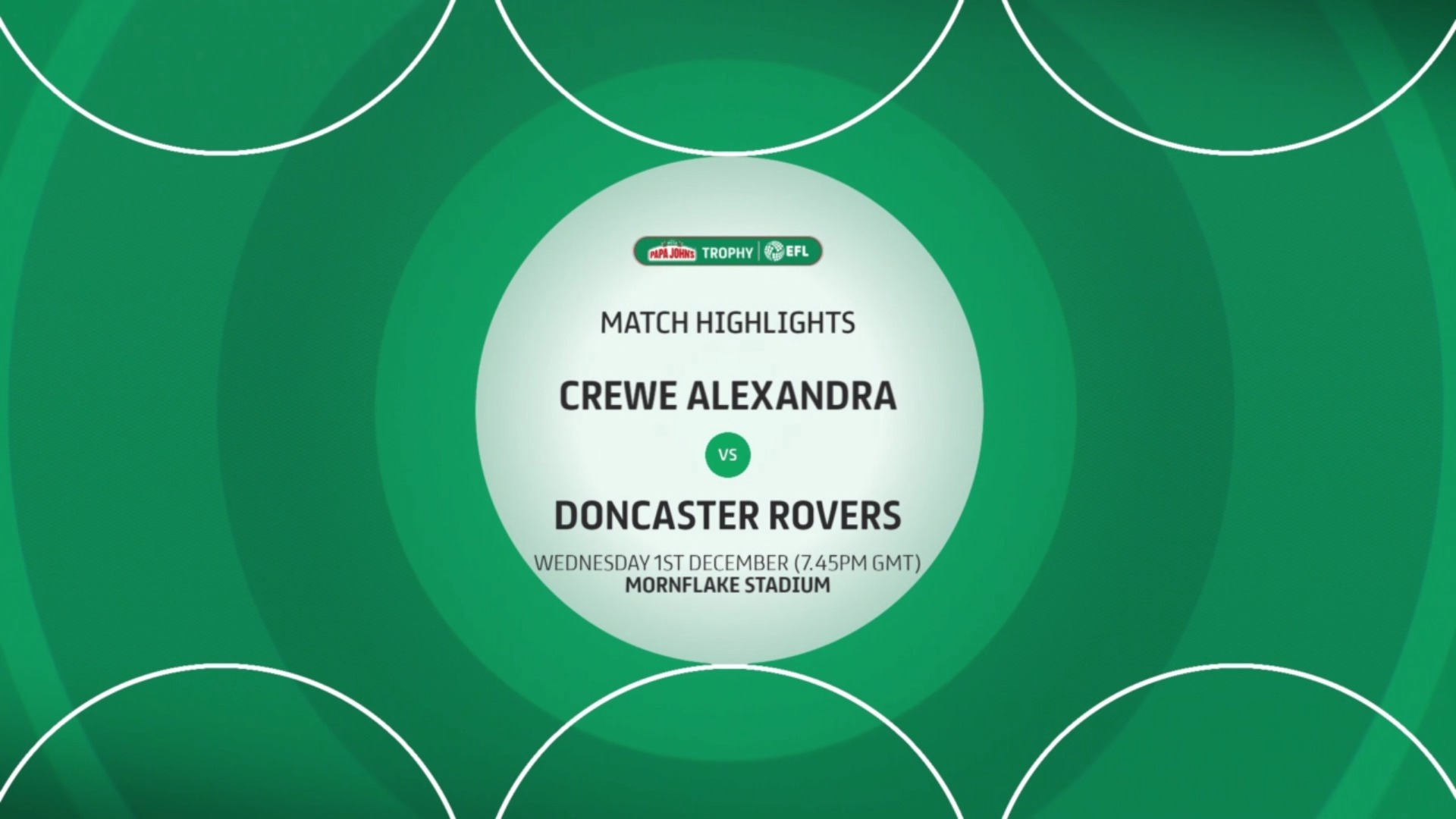 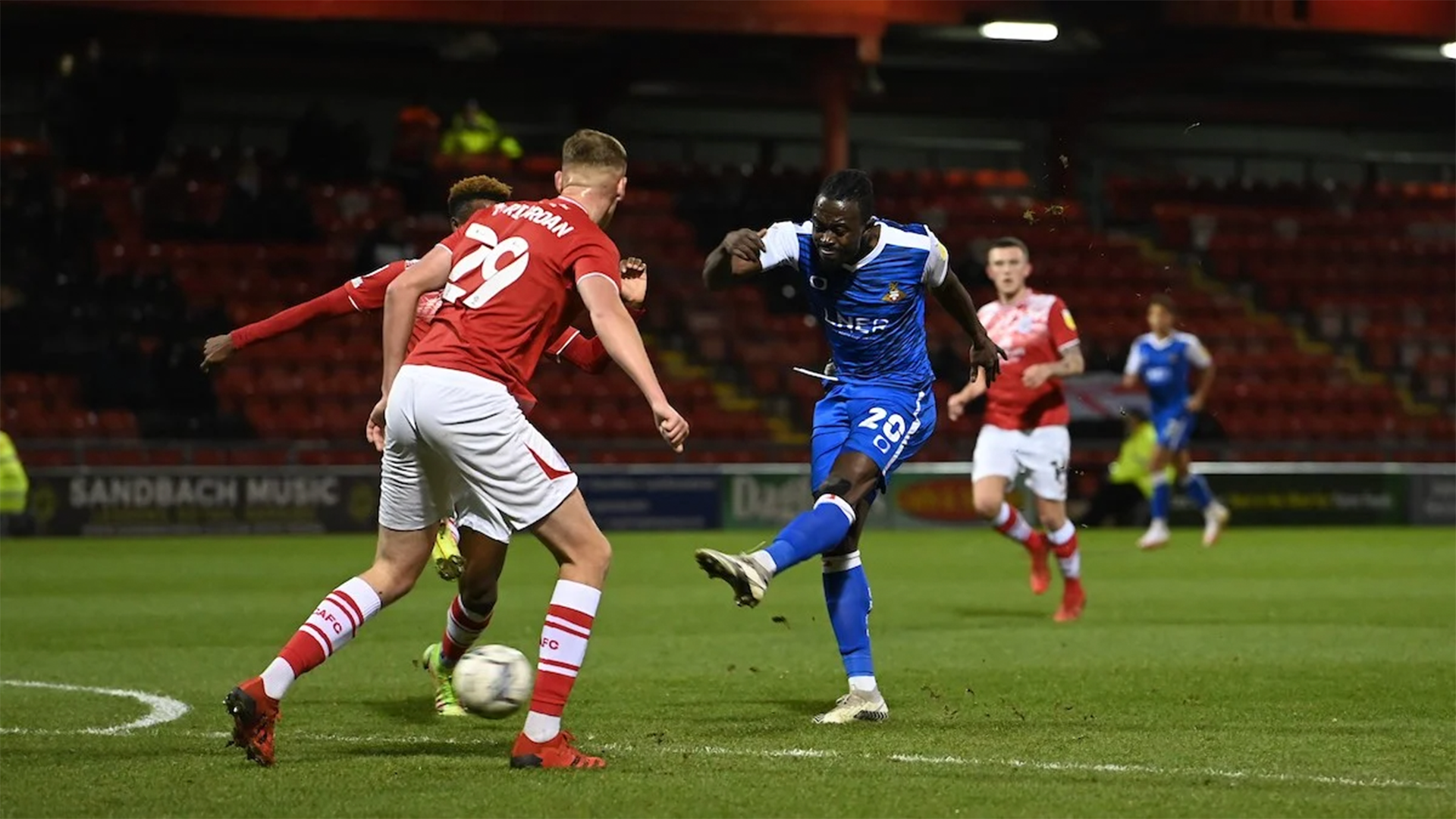