Rovers travel to Bolton Wanderers in Sky Bet League One on Tuesday evening.

The game will kick off at 8pm and will be the first time the two sides have met at Bolton's home ground since 2013.

It's not a fixture that appears very regularly in the football calendar with Rovers facing the Trotters just 12 times across all competitions - a number that seems even more remarkable when you take into account that the first meeting was 117 years ago.

Both sides take depleted numbers into the game with injuries to numerous key players providing headaches for both managers.

Your away guide to Bolton Wanderers


Supporter Liaison Officer Dean Medcalf has created an away guide to Bolton ahead of Tuesday evening’s trip.


Unable to make the trip to the University of Bolton Stadium on Tuesday? You can stay close to the action with an iFollow Rovers match pass for £10.

Goals for Eoin Doyle, Elias Kachunga, and a deflected George Thomason shot sealed a 3-0 defeat for Rovers at Bolton Wanderers.

A bright start for Rovers came to nothing as the side struggled to make their early chances count. They were hit by a sucker-punch when Eoin Doyle tapped in at the back post with the home side’s first real evening of the afternoon while Joseph Olowu’s sending off shortly before half-time left Richie Wellens’ men with a mountain to climb.

Elias Kachunga doubled the lead right on half-time, while a horrible deflection was to blame for Bolton stretching their lead just before the hour-mark.

The ten-men of Rovers tired as the match wore on but bodies on the line defending prevented any more goals for the home side.

It was dubbed the “injury crisis derby” in some parts of the media with Bolton Wanderers reporting seven injuries heading into the match, while Richie Wellens confirmed that John Bostock and Rodrigo Vilca wouldn’t make the squad taking the number of injured Rovers players into double figures.

Midfielder Liam Ravenhill was recalled from his loan at AFC Telford United to take a place on the bench,17-year-olds Bobby Faulkner and Tavonga Kuleya also travelled and Aidan Barlow was handed his first start since August.

Barlow looked lively on his return and his directness led to Rovers first shot on target. He drove at the retreating defensive line before squaring the ball to Matt Smith. The Arsenal loanee drove a low shot goalward but it was easy enough for ‘keeper Joel Dixon.

More bravery from Barlow won Rovers their first corner with the hosts’ skipper Ricardo Santos surely worried when his header flew a foot wide of his own goal.

Barlow was influential again as he helped create Rovers’ best chance of the game on the 25th minute. His tenacity saw him win the ball back in a good area and slide a wonderfully weighted pass through to Joe Dodoo. The striker could have had a shot himself but was unselfish as he squared the ball to Jon Taylor in space six-yards out. The winger couldn’t find the target.

Perhaps frustrated with himself, Taylor tried to make amends instantly latching onto a loose ball in the Wanderers box and sending a left-footed snapshot goalward. It was blocked for a corner which was sent long to the back post and kept alive by Tommy Rowe. The ball bobbled around the six-yard box before eventually being cleared by a player in white.

Rovers were to rue those missed chances as Bolton Wanderers took the lead with what was practically their first attack of the game. Kachunga sent a hopeful low ball towards the back post and Doyle was there to capitalise from close range. Rovers’ arms went up for offside, but the assistant referee was unmoved.

Things went from bad to worse for Rovers shortly before the break when a challenge on Afolayan by Joseph Olowu saw referee Stephen Martin reach for a red card and send the young centre back off.

The challenge created a melee among both sets of players with Bolton skipper Santos appearing to put his hands around Dodoo's throat.

Kachunga compounded Rovers’ misery further when he was left unmarked to tap in from Afolayan’s cross in injury time.

Rovers had the first half-chance of the second half, Branden Horton showed real bravery to meet a through ball, but Dixon flew off his line to deny him. That was the end of Rovers’ chances for the match as tiredness began to tell.

If Rovers had been cursing their luck before, the third goal summed up the kind of evening they were having. A George Thomason pot-shot seemed relatively harmless but took an enormous deflection leaving Louis Jones completely stranded as it looped into the goal.

Jones made a save from John when he fired on target from the edge of the box while blocks from Horton, Rowe and Kyle Knoyle were also vital. Another big deflection saw a Kachunga’s effort loop just past the post as the ten-men of Rovers struggled to contain a confident Bolton.

Jones came off his line well and made a great stop to deny Kachunga a second as the striker latched onto a through-ball. It wouldn’t have counted as the assistant referee’s flag was raised but the young keeper didn’t know that. He was on hand again to tip John’s vicious strike over his bar and keep the final scoreline at 3-0.

Your away guide to Bolton Wanderers


Supporter Liaison Officer Dean Medcalf has created an away guide to Bolton ahead of Tuesday evening’s trip.


Unable to make the trip to the University of Bolton Stadium on Tuesday? You can stay close to the action with an iFollow Rovers match pass for £10.

Rovers have been sent an initial allocation of 774 seated tickets for the upcoming Sky Bet League One game against Bolton Wanderers.

The match is due to take place on Tuesday November 23 and will kick-off at 7.45pm. 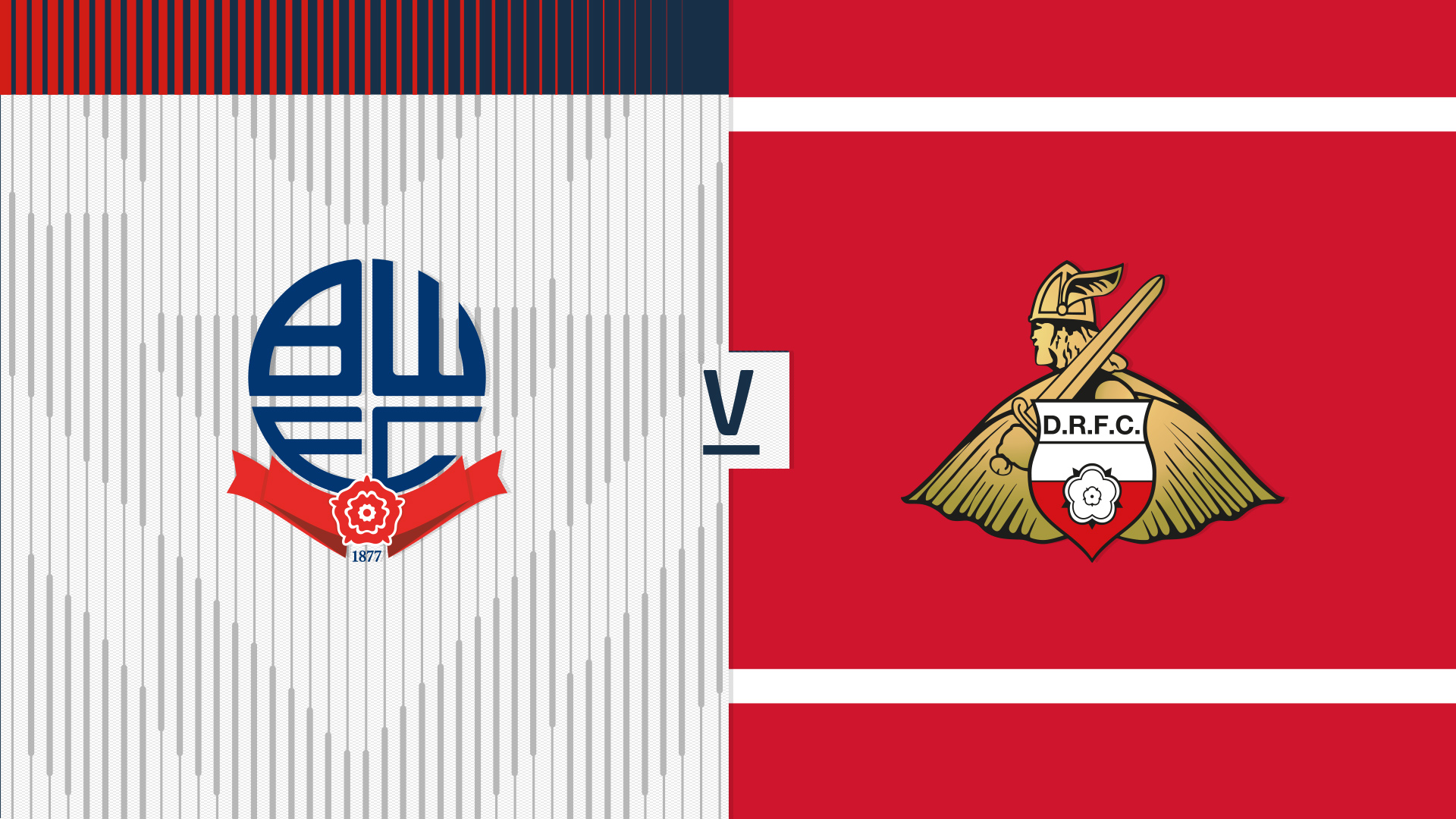 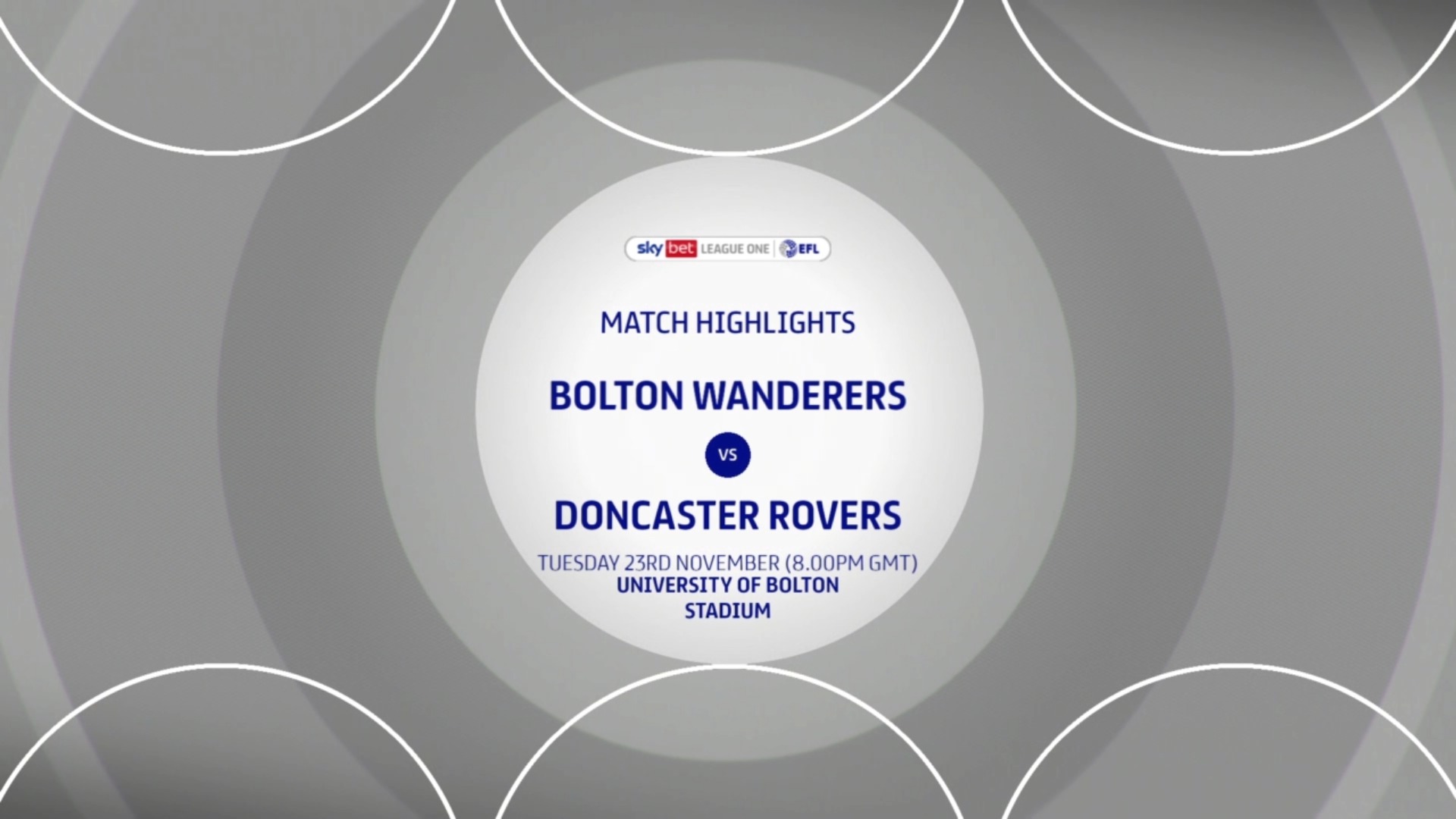 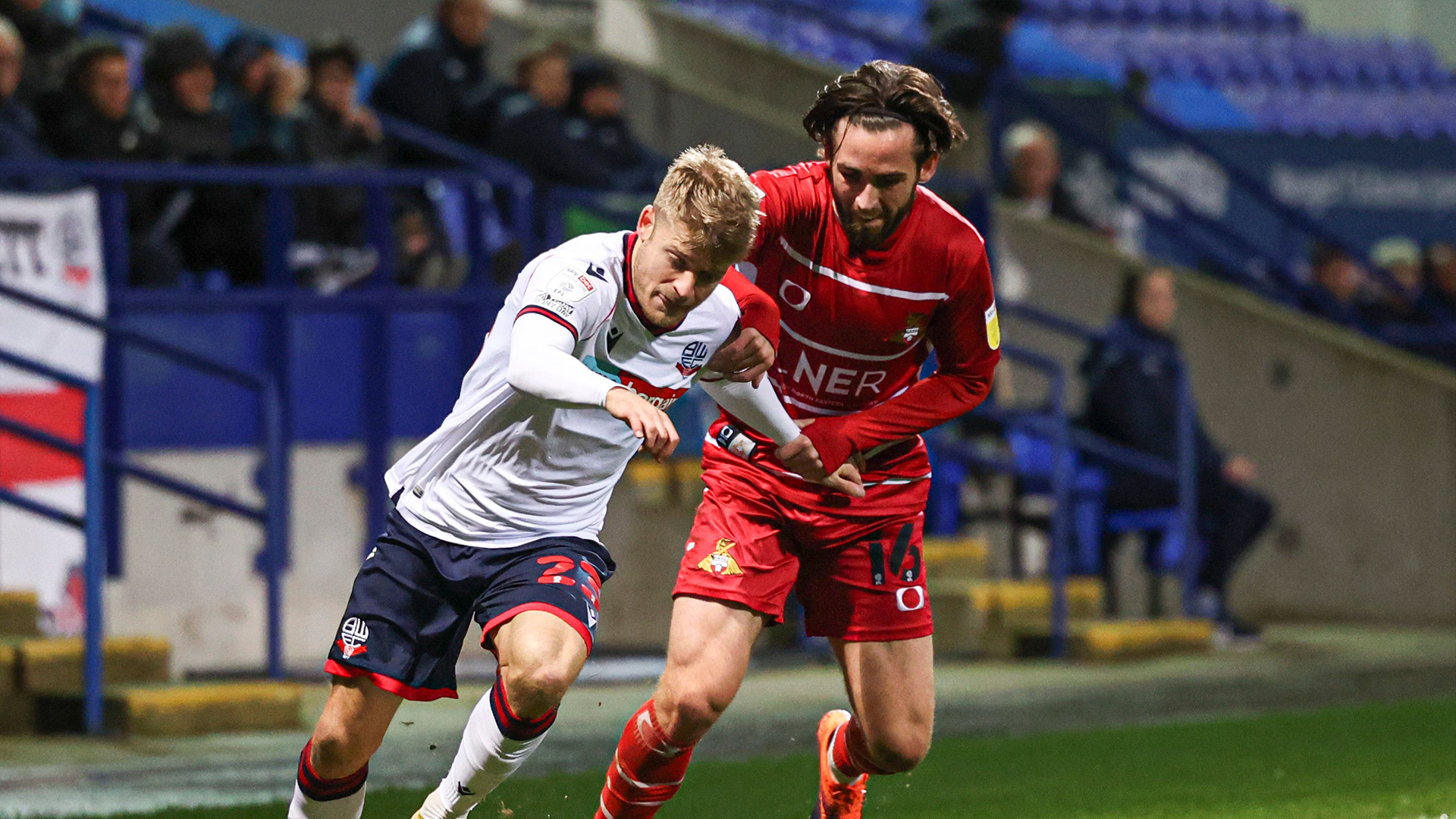