Rovers head to the Mornflake Stadium looking for their first points on the road when they face Crewe Alexandra in Sky Bet League One.

Richie Wellens men will be looking to bounce back from defeat to Charlton Athletic on Saturday while The Railway Men will be hoping to register their first league win since September 18.

More ahead of this game....


The best photos from Rovers' draw with Crewe Alexandra in Sky Bet League One.


The goals and highlights as Joseph Olowu’s first senior goal helped Rovers come from behind to take a point against Crewe Alexandra in Sky Bet League One.

In opposition: Crewe Alexandra - what they're saying


David Artell has been the manager of Crewe Alexandra since January 2017.

In opposition: Crewe Alexandra - ones to watch


Crewe Alexandra has a mixture of former players and youth Academy graduates that make up their squad.

Joseph Olowu’s first EFL goal saw Rovers come from behind to take a point against Crewe Alexandra in Sky Bet League One.

Chris Porter had given the home side the lead just after the half-hour mark, but Olowu equalised with virtually the last touch of the first half to secure Rovers' first point on the road this season.

Richie Wellens made two changes to the side that lined up against Charlton Athletic three days earlier with Tommy Rowe and Tiago Cukur named in the starting XI while John Bostock and Rodrigo Vilca dropped to the bench.

Former Rovers players Donervon Daniels and Madger Gomes were on the bench for the hosts as two of five changes for David Artell’s side, but former Rovers loanee Scott Robertson lined up in the middle of the park.

After a lacklustre and nervy opening ten minutes from both sides, Christopher Long was forced off with an injury for the home side and was replaced by Gomes.

A minute later, Rovers were gifted their first chance of the evening when a heavy challenge on Jordy Hiwula provided Ethan Galbraith with the opportunity to deliver into the box from a free kick.

The cross was met by Joe Dodoo at full stretch, but he was only able to toe a looping ball towards the goal. Dipping below the crossbar, it was awkward for shot-stopper David Richards, but he was ultimately able to claim on his goal line.

At the other end, Crewe worked the ball well through midfield and got into some decent positions but the final pass – usually looking for the run of Scott Kashket - were lacking and Rovers’ defensive unit able to tidy up.

The first shot in anger from either side came on the 22nd minute. Hiwula dragged his marker wide, and the pitch opened up for Olowu who drove into the space and released a right-footed effort from the edge of the box which flew narrowly wide. Shortly after Billy Sass-Davies had to be alert to intercept a Kyle Knoyle cross into Cukur in the six-yard box.

Despite Rovers carving out the better chances, it was the home side who took the lead just after the half-hour mark. A corner whipped into the box, was met by Porter whose header was blocked for a second corner.

This time, it was worked short and the delivery wasn’t effectively dealt with by Rovers leaving a simple enough finish for Porter stood in the middle of the six-yard box.

A few half-chances for both sides followed – Cukur’s fierce effort from the edge of the box was blocked while Anderson was on hand to head Rio Adebisi’s whipped cross from away from danger.

The home side, buoyed by the goal, finished the half stronger, and Rovers had to stay switched on to keep snuffing out through-balls and crosses. Crewe twice went close from corner deliveries.

Despite this, it was Rovers who got the next goal.

A Galbraith effort from the edge of the box deep into the three minutes of added time at the end of the first half was blocked behind for a corner. The delivery was narrowly missed by Rowe and Ro-Shaun Williams, but the latter showed good awareness to get the ball to Knoyle who played a delightful ball into the box which Olowu was able to poke home at the back post for his first senior goal in England.

The second half started in the same way as the first with Crewe playing some good football but struggling with the final ball into the front men, while a Knoyle cross into Rowe was dealt with by The Railway Men's defence.

Porter could have extended his side’s lead with ten minutes of the second half played. Pontus Dahlberg made a good stop when the host’s No.9 was given time to chest the ball and volley on target.

Rovers’ best opportunity of the second half came from a Crewe free kick just outside the Rovers box. The hosts’ attempt to slide the ball past the wall was cut out by Galbraith and Rovers were able to launch a counter attack and break in numbers.

Cukur worked the ball to Galbraith who had his initial header blocked while his follow-up effort on the volley forced an excellent save from Richards. The ball spun across to the far post, but Dodoo was only able to put the loose ball wide.

That chance seemed to give Rovers a lift and they had the best of the chances over the remainder of the half.

Dodoo’s ball into the box was nodded down by Cukur before Sass-Davies made a good block to deny Rowe.

Sass-Davies was on hand again when he pressured Cukur to blast wide after a long ball found the 18-year-old's run between the defenders. Rowe toed a half-chance goalward while an important intervention from Crewe skipper Luke Murphy denied Cukur a tap in from Hiwula’s delivery to the back post.

Hiwula did put the ball in the net after smart play from Smith played him through with just over ten minutes remaining, but the assistant referee put the flag up for offside.

Hiwula was given another chance - this time it was Cukur who worked the ball to him - but Luke Offord got back to make an excellent block to deny him. That was the winger’s last intervention as he was replaced by John Bostock.

The home side had a few more rolls of the dive with Rovers having to see out some pressure from crosses, but Smith probably should have hit the target when he intercepted a sloppy pass out of defence from the home side and drove to the edge of the box, but the effort flew wide.

Neither side was able to make the final four minutes of added time count and the match ended in a stalemate.


The best photos from Rovers' draw with Crewe Alexandra in Sky Bet League One.


The goals and highlights as Joseph Olowu’s first senior goal helped Rovers come from behind to take a point against Crewe Alexandra in Sky Bet League One.

In opposition: Crewe Alexandra - what they're saying


David Artell has been the manager of Crewe Alexandra since January 2017.

In opposition: Crewe Alexandra - ones to watch


Crewe Alexandra has a mixture of former players and youth Academy graduates that make up their squad.

Rovers have received an initial allocation of 602 seated tickets for the game upcoming Sky Bet League One match against Crewe Alexandra.

This match will take place on Saturday October 9 and will kick off at 3pm. 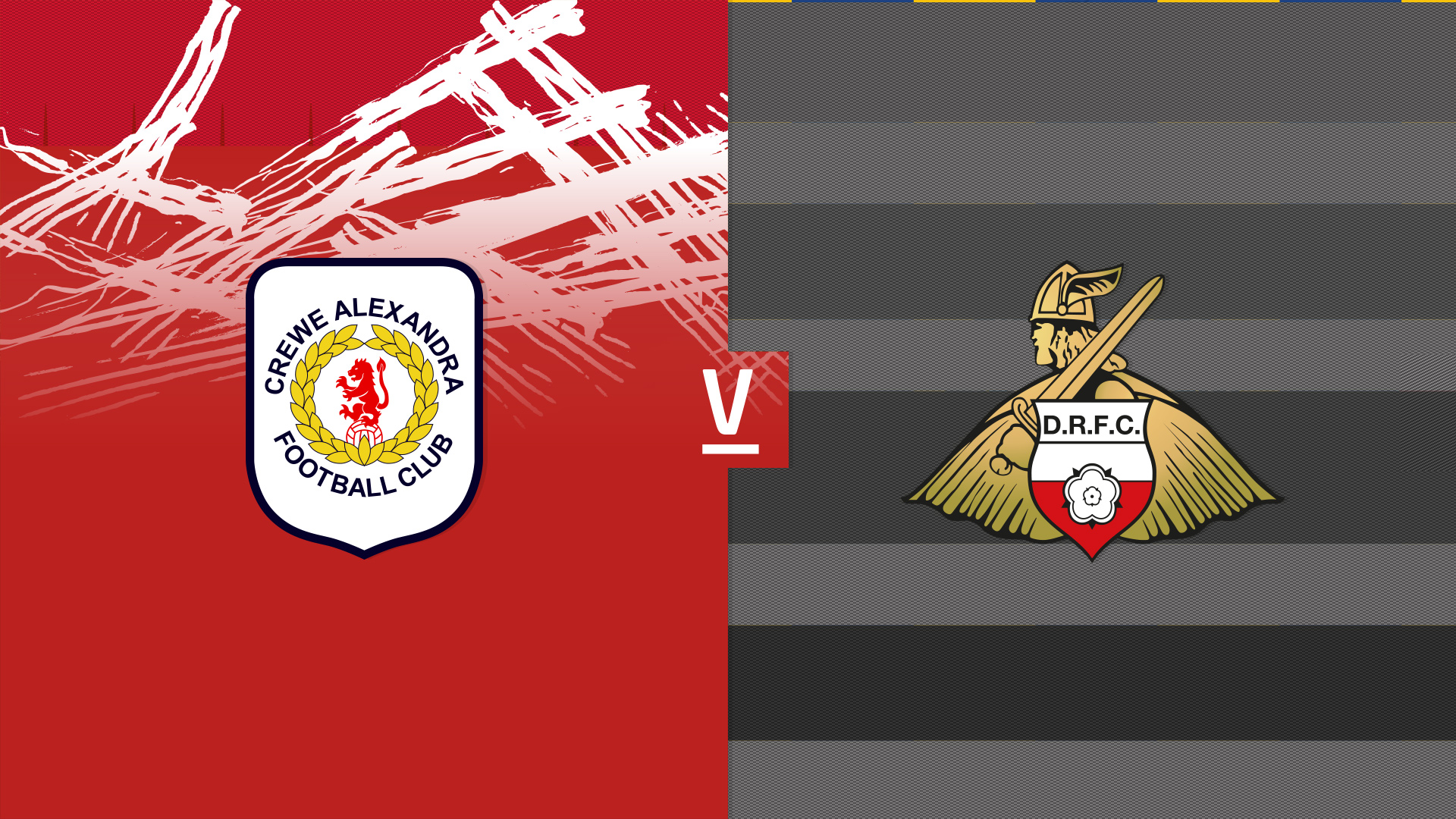 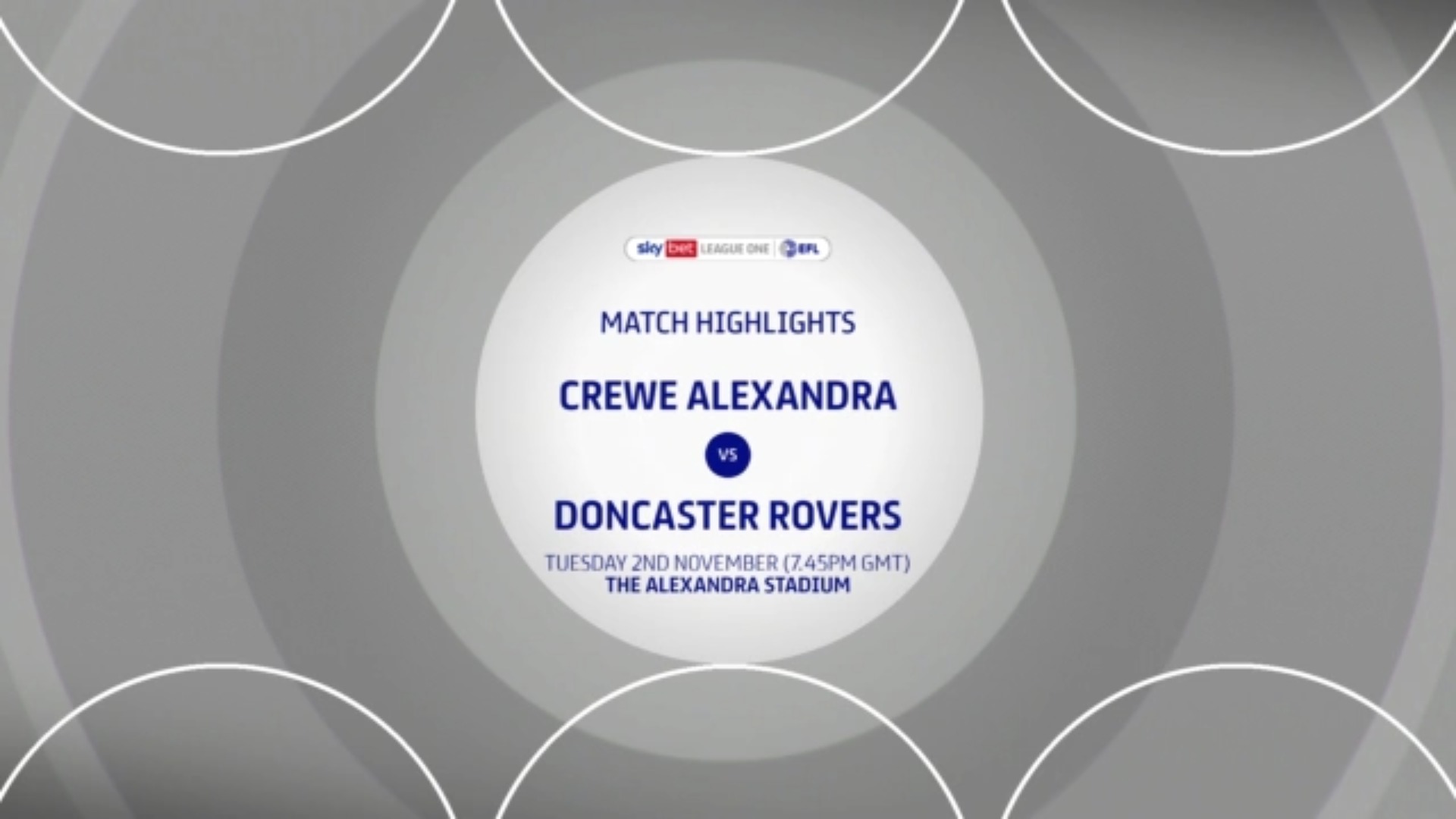 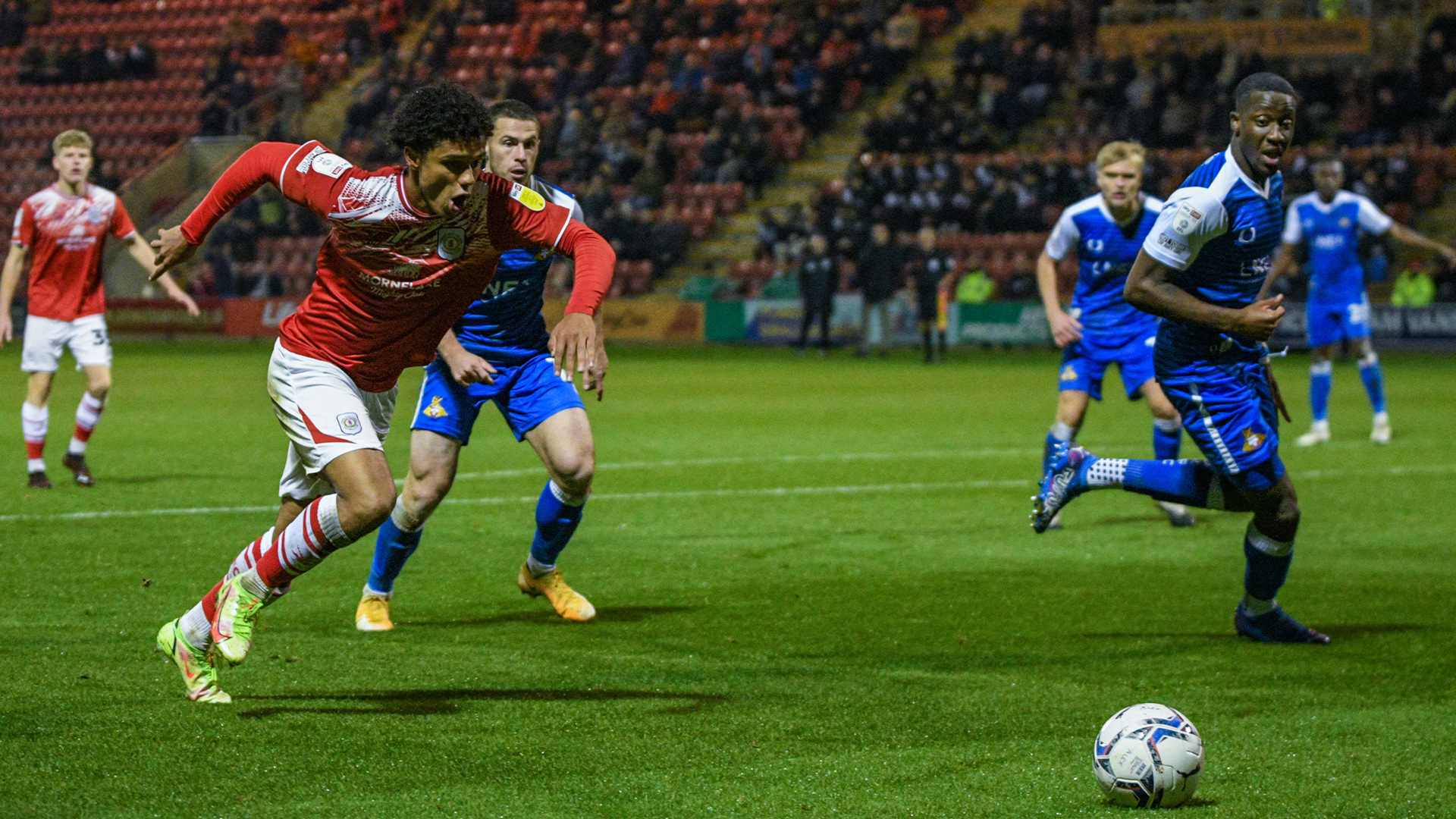