Rovers are looking to build on a victory last time out when they host Cambridge United at the Keepmoat Stadium on Tuesday evening.

It’s the first time the two sides have met since the 2016/17 season when Rovers registered two narrow wins over the Us in Sky Bet League Two.

Richie Wellens will be able to call on former Cambridge man Kyle Knoyle after he served his one game suspension on the weekend. 
A stunning Ethan Galbraith strike twenty minutes from time earns Rovers a draw after going behind to an own goal early on.


Watch the goals and highlights as Ethan Galbraith's stunner secures a point for Rovers against Cambridge United.


Cambridge United score in almost every game making them one of the toughest opponents to try and keep a clean sheet against in Sky Bet League One.


From falling out of the English Football League altogether in 2014, to earning automatic promotion to Sky Bet League One in May 2021, Cambridge United and its supporters have experienced ups and downs...

A stunning Ethan Galbraith effort 25 minutes from time cancelled out a Dan Gardner own goal and secured Rovers a point at home to Cambridge United.

Shilow Tracey’s cross just seven minutes into the game was turned in by the Rovers midfielder for the opener. Tracey continued to be a thorn in Rovers side and everything that Cambridge did well seemed to be coming through him, but Rovers had chances of their own most notably Jordy Hiwula who was denied by emergency loan keeper Tomas Holy early on and saw a couple of chances from the edge of the box blocked.

Rovers were better in the second period and pressure told when Hiwula picked out Galbraith 25-yards out. A beautiful struck effort flew beyond Holy to secure a point. With just less than eight minutes remaining, an acrobatic volley by Rodrigo Vilca’s was inches over the crossbar.

Rovers were forced into two changes with Tommy Rowe unable to recover from the back injury which saw him forced off early against Cheltenham Town while Ben Close was also ruled out. This handed starts to Matt Smith and Dan Gardner.

Visiting manager Mark Bonner was forced into six changes with injuries and suspensions playing their part on the starting XI, despite this they created an early chance when Sam Smith was played through – but Ro-Shaun Williams was on hand to make the block.

With just eight minutes on the clock, Cambridge United took the lead. Shilow Tracey got around Joseph Olowu and chipped across the Rovers box. There were no amber shirts in sight but, Dan Gardner completely miscued the clearance and shinned the ball beyond Pontus Dahlberg.

Jordy Hiwula registered Rovers’ first shot on target five minutes later – some brilliant play between Olowu and Joe Dodoo got the ball to the winger who tried to slot the ball through the legs of emergency loan keeper Tomas Holy but he was equal to that and later scuppered a chance for Smith.

This sparked a short period of pressure for Rovers with Smith going close when John Bostock picked him out with a pass into the box. The Arsenal-loanee did well to touch the ball away from his marker and force a save from Holy before Rovers worked a series of crosses into the box, which the U’s defence were able to scramble clear.

But Cambridge came back into it with Tracey causing Rovers left side all sorts of problems. He forced a half-chance when he got the better of Olowu, but the centre-back – playing left back - recovered well, made the tackle and won his side a goal kick, while Tracey’s second attempt was flashed harmlessly across the face of goal, and Sam Smith headed over from six-yards.

At the other end, Dodoo had an acrobatic attempt at the near post, but he was unable to get it beyond Holy.

With only 40 minutes on the clock and with Rovers struggling to win the midfield battle, Wellens opted for a change. Gardner was withdrawn and replaced by Kyle Knoyle. The right-back slotted into his usual position allowing Ethan Galbraith (who had started in the back four) to push up into midfield.

Injuries slowed things down just before half-time, but Rovers were afforded a late chance when Vilca was hacked down by Harrison Dunk after dancing beyond the visitor’s captain. Bostock’s delivery to the back post was headed out for a corner by Williams. Rovers got the ball into the box, but Cambridge managed to get the ball clear and the referee blew his whistle for half-time.

Rovers forced the first chance of the second half on the 50th minute. Knoyle found Galbraith in a pocket – the Manchester United loanee played a wonderful ball out to Hiwula who drove to the by-line and won a corner. The corner delivery was kept alive at the back post by Matt Smith before being cleared to Hiwula whose effort was blocked for a second corner which was cleared as far as Bostock allowing Rovers to keep possession and pressure.

Dodoo showed both power and pace to win the ball in the middle of the park, and drove into the heart of the Cambridge defence. His right-footed effort took a wicked deflection that took it just wide of Holy’s goal.

Cambridge were playing a good game though, slowing things down whenever they had the opportunity and taking all the sting out of the match.

Pressure told for Rovers though as Galbraith picked Hiwula out with a great ball. The winger drove inside, got beyond two defenders and picked the Northern Irish man out unmarked 25-yards out. He struck a beautiful effort on target to draw his side level.

The goal changed the flow of the game with Cambridge earning more possession and the introduction of top scorer Joe Ironside off the bench gave them a bit more of a threat.

At the other end, Knoyle was providing an effective outlet for Rovers – keeping wide of the play. It was his cross that provided Rovers with their best chance of getting a winner with just under 10 minutes remaining. A fortunate bounce took the ball completely away from Dunk and Rovers No.2 scooped the ball across the face of goal – it was met by an acrobatic volley attempt from Vilca which was inches over the bar. At the other end, substitute Harvey Knibbs almost snatched the three points in injury time when his looping header hit the crossbar.

Ironside was putting himself about on the goal line but Dahlberg managed to recover and push the ball over his crossbar for a corner which Rovers were able to clear. In the end, both sides had to settle for a point.


A stunning Ethan Galbraith strike twenty minutes from time earns Rovers a draw after going behind to an own goal early on.


Watch the goals and highlights as Ethan Galbraith's stunner secures a point for Rovers against Cambridge United.


Cambridge United score in almost every game making them one of the toughest opponents to try and keep a clean sheet against in Sky Bet League One.


From falling out of the English Football League altogether in 2014, to earning automatic promotion to Sky Bet League One in May 2021, Cambridge United and its supporters have experienced ups and downs... 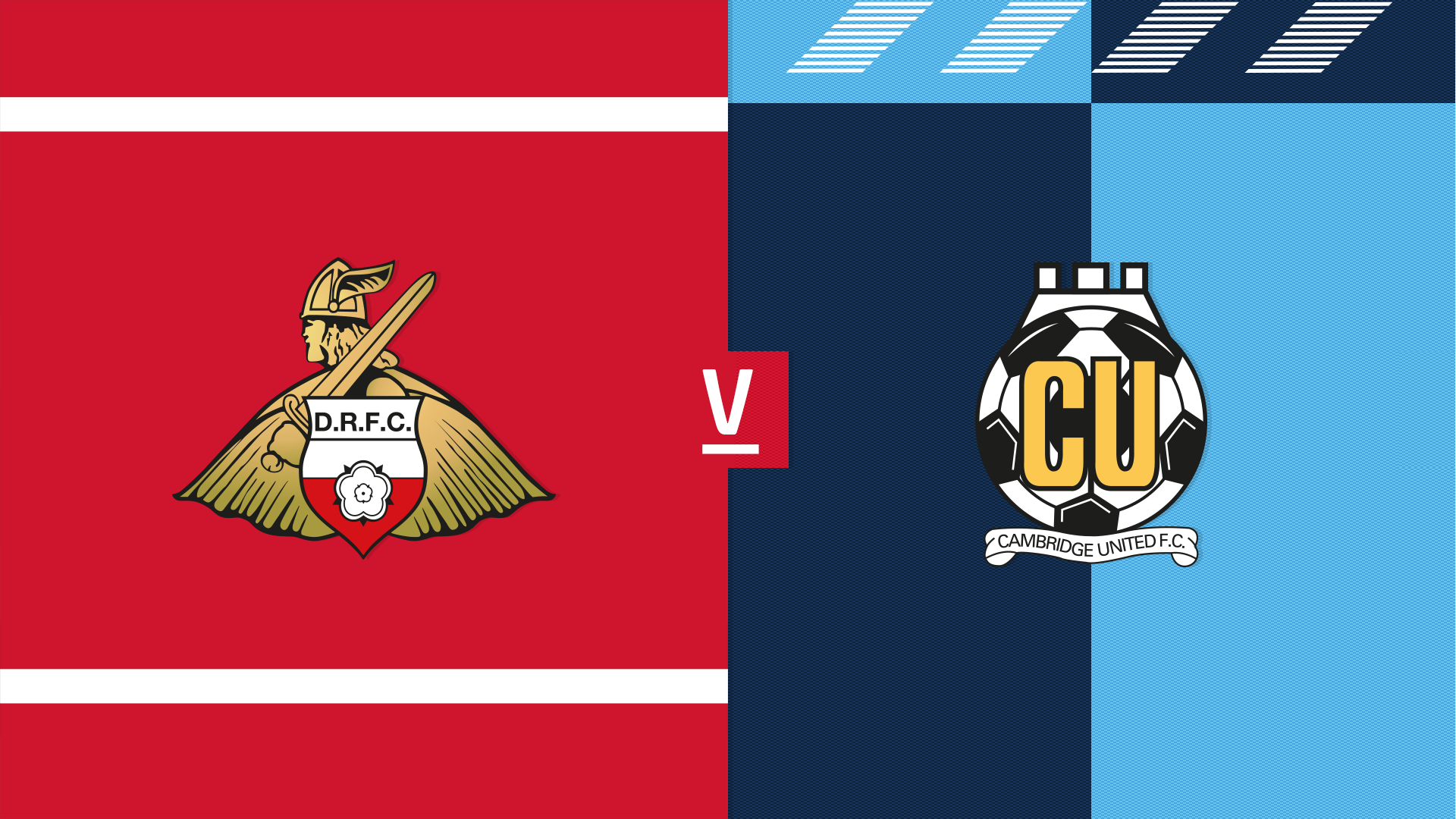 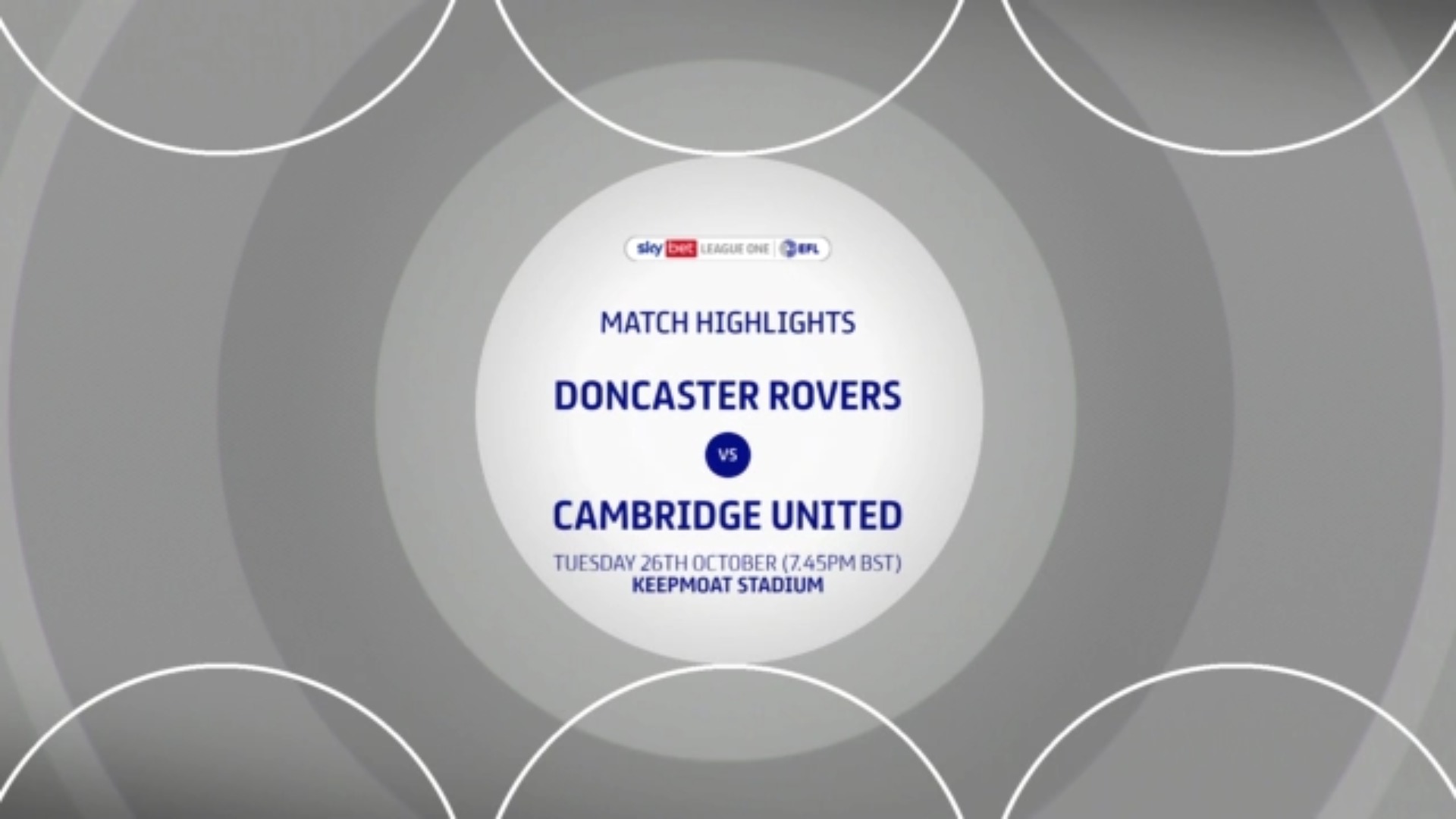 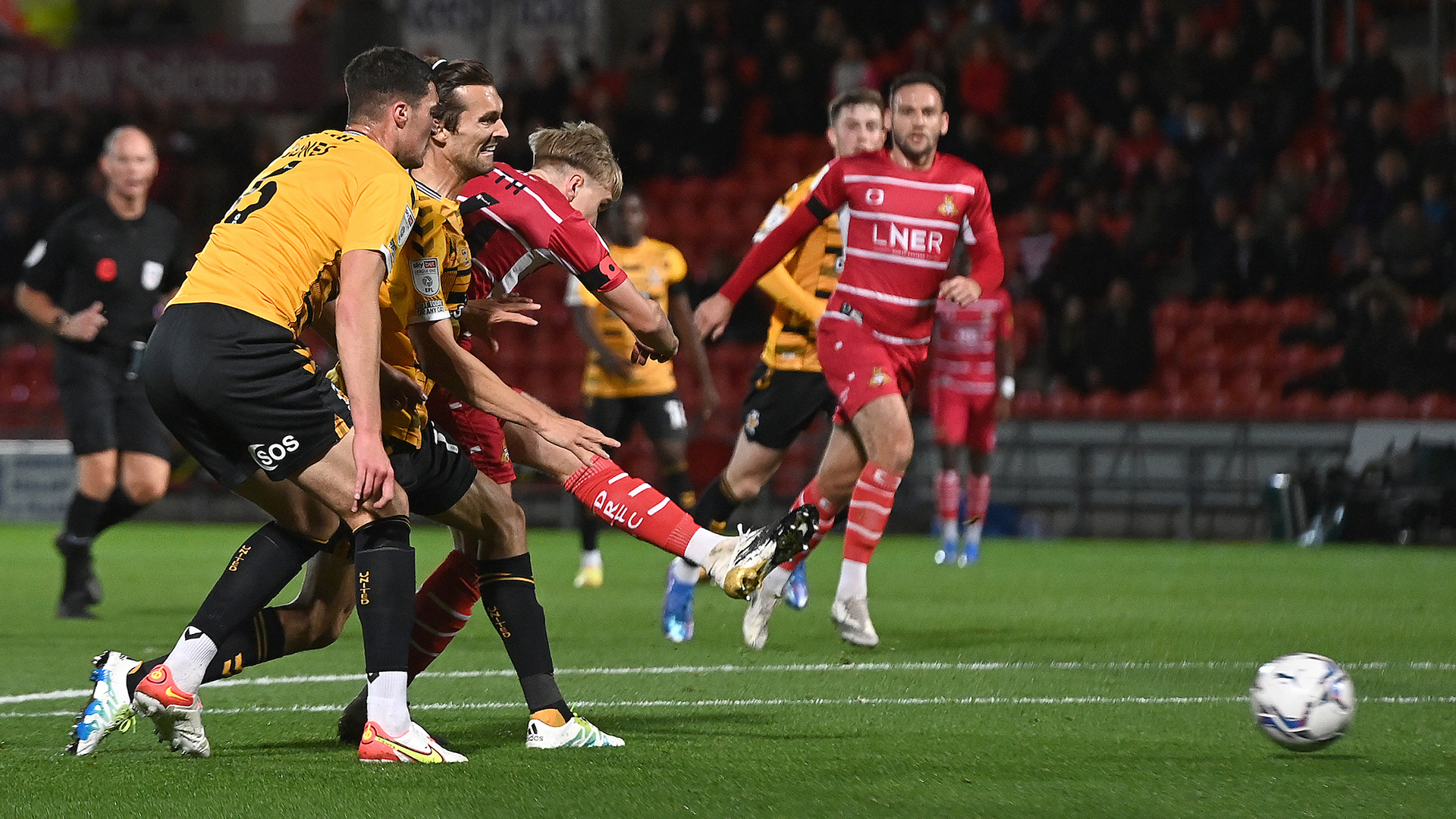