Rovers return to league action this weekend after a two week pause due to international call ups.

Richie Wellens’ men are back on the road as they make the trip to fifth placed Wigan Athletic on Saturday.

After struggling last term, a newly assembled Latics side have made a good start picking up 10 points from their opening five games.

Pontus Dahlberg and Ethan Galbraith are available for selection after returning from international duty, while new signings Joe Dodoo and Rodrigo Vilca along with the return of Jordy Hiwula from injury add to Wellens' attacking options.

Wellens will also be able to call on centre back Joseph Olowu who penned a short-term deal on Friday as the club bolster their defensive ranks in the absence of Tom Anderson and Cameron John through injury. 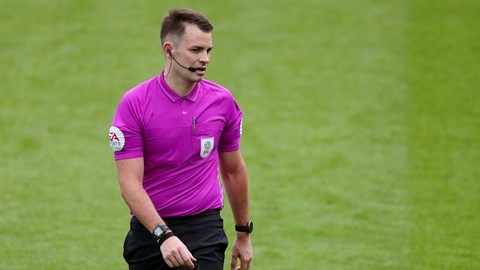 
The best photos from Rovers' narrow 2-1 away defeat at Wigan Athletic.


Tommy Rowe's first half goal wasn't enough as a Will Keane brace meant Rovers left the DW Stadium with nothing.


Supporter liaison officer Dean Medcalf has put together an away guide for Saturday’s trip to Wigan Athletic.


After fighting off relegation last term, Wigan Athletic have enjoyed a positive start to the 2021/22 season.

Tommy Rowe’s first goal of the 2021/22 campaign wasn’t enough as Rovers suffered a narrow 2-1 defeat away at in-form Wigan Athletic.

Rovers started the match well, defending resolutely, tracking runners and using the ball when they had it. The home side created plenty of half-chances but Callum Lang’s early effort from distance caused Pontus Dahlberg no trouble.

Joe Dodoo’s hopeful hooked ball into the box bounced once and then twice before Rowe – arriving from deep – connected to send the ball beyond Latics keeper Ben Amos.

The lead lasted just two minutes with Will Keane equalising as he headed in from a free kick.

Dahlberg made good saves to deny Kell Watts either side of half time before Keane got a second on the 52nd minute. The Wigan front man looked offside when Lang headed the ball to him, but the assistant referee’s flag stayed down and Keane had a simple task to slot into the net and seal the points for his side.

Richie Wellens made three changes from Rovers league defeat to Rotherham United a fortnight earlier. New signings Joe Dodoo and Joseph Olowu along with Jordy Hiwula made their league debuts for Rovers with Branden Horton and John Bostock dropping to the bench while and injury to Cameron John (back) sees him sidelined.

The hosts created the first early chances, Kyle Knoyle was called on to deny James McClean from inside the box, Callum Lang fired over from distance while the combination of Rowe and Pontus Dahlberg dealt with an awkward forward ball from goalkeeper Ben Amos.

Blocks from Ro-Shaun Williams, Charlie Seaman and Olowu kept the Latics at bay from a corner and at the other end, Matt Smith, Seaman and Knoyle combined before the right back flashed a ball across the goal narrowly evading the touch of Dodoo.

Dodoo turned provider when he hooked a hopeful ball into the box – Rowe arrived from deep to put his side ahead on the 23rd minute.

The lead lasted no more than 90 seconds and a soft free-kick gave Wigan the chance to put the ball into the Rovers box. It was a wicked delivery and Keane headed in from close range to bring the scores level.

The goal was followed by ten minutes of very little football and a succession of yellow cards: Dodoo, Smith and manager Wellens were all booked for Rovers while McClean picked up a yellow for the Latics joining Jack Whatmough who had been cautioned earlier in the game.

Wigan continued to threaten from set pieces with Rovers players being called on to make last ditch blocks but the standout effort fell to Kell Watts whose header from close range was somehow tipped over by Dahlberg.

A foul on the edge of the box by Olowu gave the hosts a chance to snatch the lead with the last kick of the half but McClean’s attempt to curl the ball in at the near post was well wide of the mark and the sides went in level.

Rovers had the first effort of the second half – Smith finding Hiwula in space at the edge of the box but the winger snatched at his shot sending it spinning away from danger.

At the other end, Olowu became the first name taken by the referee giving Max Power chance to whip in a free-kick. Watts headed on target but Dahlberg stuck out a hand to deny him.

Moments later, Rowe was penalised offering Wigan another chance from the same position – this time McClean took charge and sent the ball into the wall.

On the 52nd minute, Wigan took the lead. Power’s ball into the box was nodded down to Keane – the Wigan No.10 looked some way offside when he received the ball – assistant manager Noel Hunt’s insistence that this was the case earned him a booking – but the assistant referee’s flag stayed down and the No.10 got his second of the afternoon.

Lang could have – and arguably should have – extended the host’s lead on the 70th minute when he got in behind the Rovers backline to set-up a one-on-one with Dahlberg. Lang hammered the ball high and wide.

In the meantime, Power (foul on Hiwula) and Charlie Wyke (kicking the ball away) added their names to the laundry list of people on bookings.

Wellens final throw of the dice came with the introduction of John Bostock with 10 minutes remaining, he found substitute Rodrigo Vilca in a pocket of space and the Peruvian slid a lovely ball between the Wigan centre-backs, but it took a bobble beyond Dodoo and through to Ben Amos in the home goal.

Dodoo’s powerful and relentless run down the left earned him a corner late on as the match ticked over into injury time. Dahlberg joined the attack but the delivery was beyond everyone and went for a goal kick.


The best photos from Rovers' narrow 2-1 away defeat at Wigan Athletic.


Tommy Rowe's first half goal wasn't enough as a Will Keane brace meant Rovers left the DW Stadium with nothing.


Supporter liaison officer Dean Medcalf has put together an away guide for Saturday’s trip to Wigan Athletic.


After fighting off relegation last term, Wigan Athletic have enjoyed a positive start to the 2021/22 season.

Rovers have received an initial allocation of 662 unreserved seating tickets for the upcoming Sky Bet League One match against Wigan Athletic.

The match will be played on September 11 and will kick off at 3pm.

Tickets for this game will be available as follows:

Tickets will be on sale at the following prices: 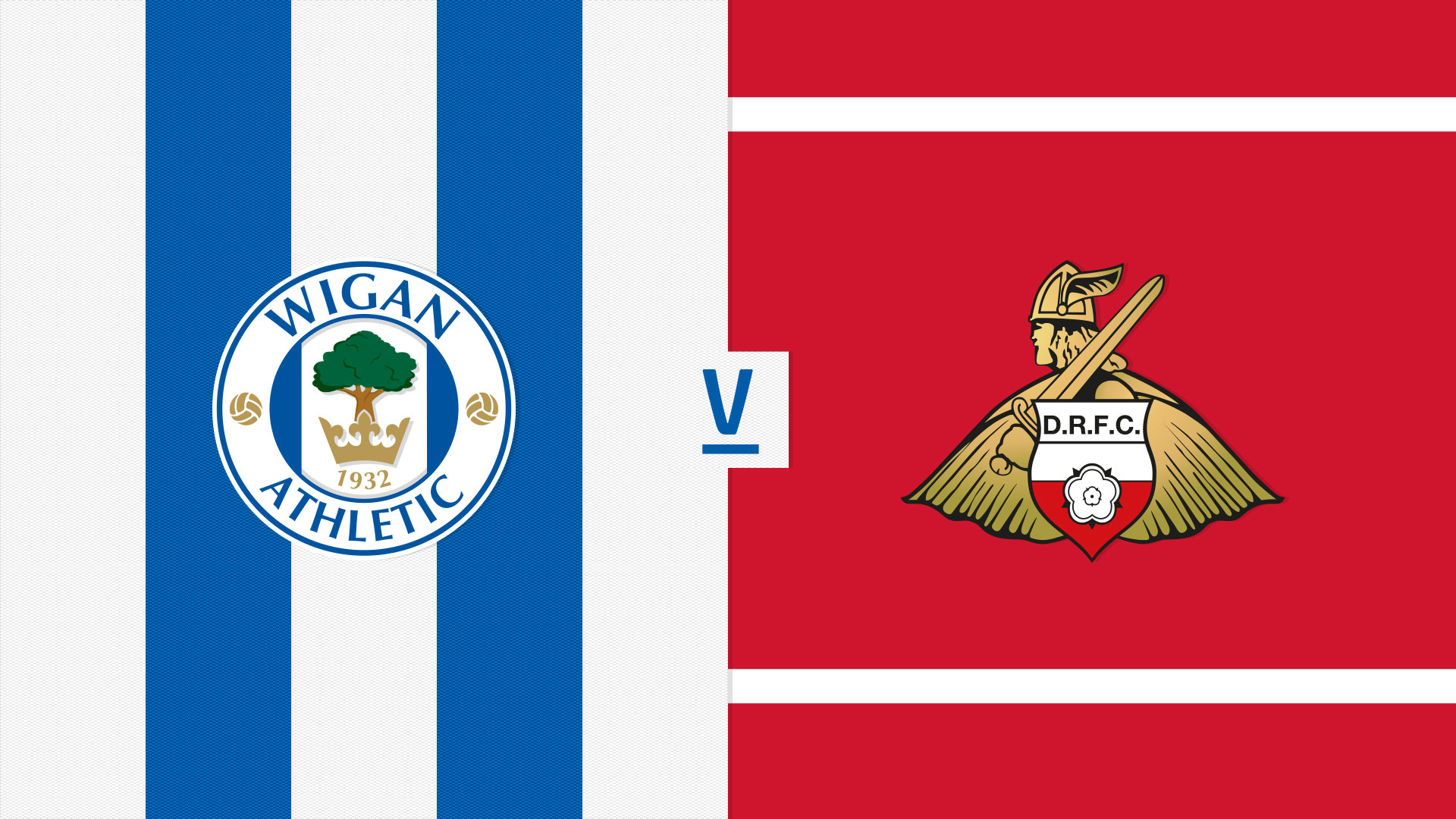 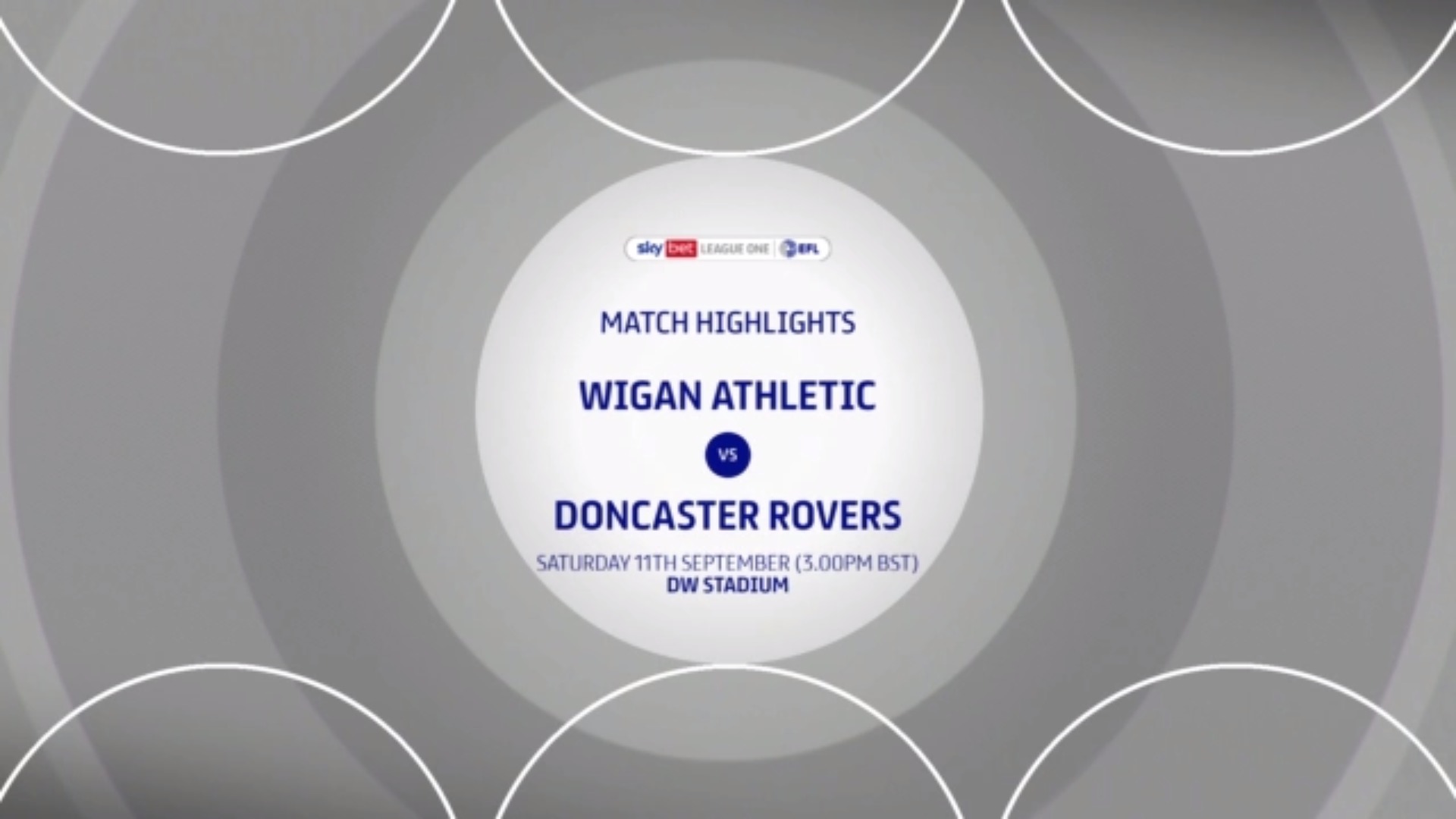 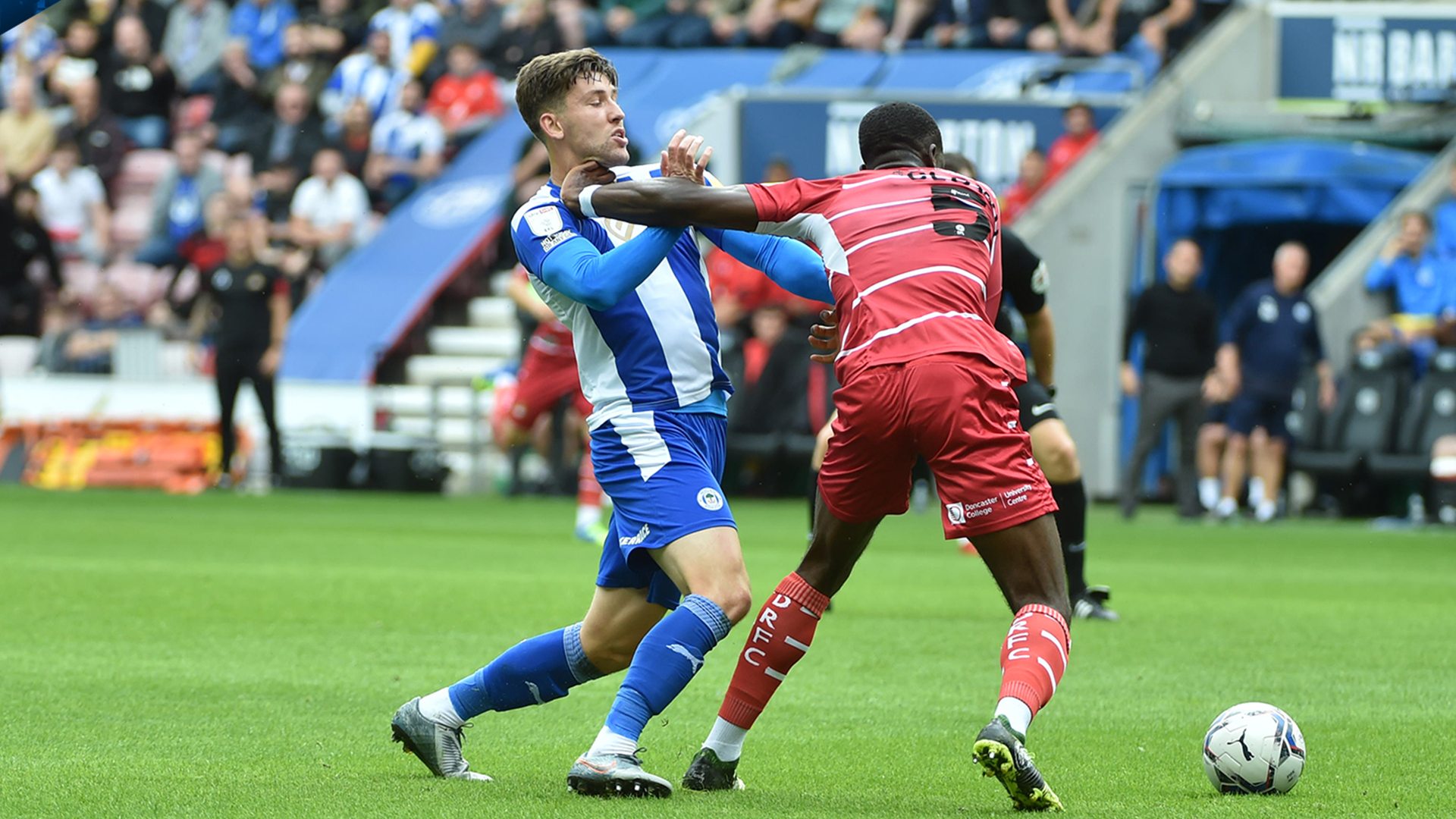