Our match-by-match ticket pricing for the 2017/18 campaign has been confirmed.

After gaining promotion back to Sky Bet League One, match ticket prices will increase slightly by £1, with the cheapest adult match-day ticket costing only £21.

The new pricing structure is in alignment the entry prices for the 2015/16 season (when we were last in League One) with the exception of adults in Category A and B seating, whose tickets will be £2 cheaper than 15/16 (a £1 increase on 16/17).

The junior pricing categories will once again be split over two age groups 11 and under and 12 to 17 year old meaning our younger fans will be able to watch the Rovers from only £5 per game, these prices are once again frozen from 2016/17.

The 17 and under banding will remain a season product only as will the 22-24-year-old age category.

A full list of matchday prices are listed below: 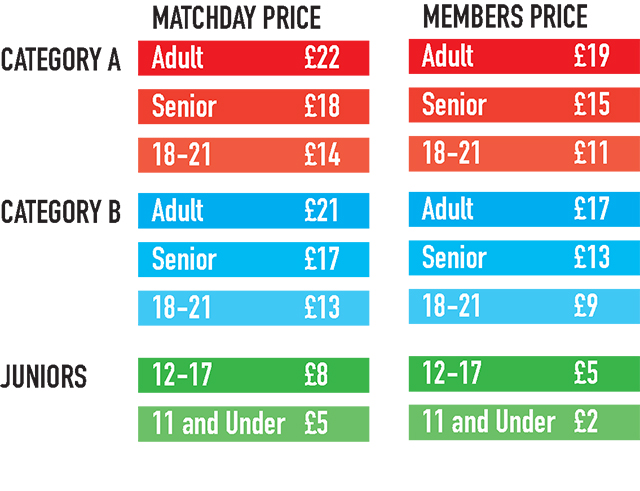 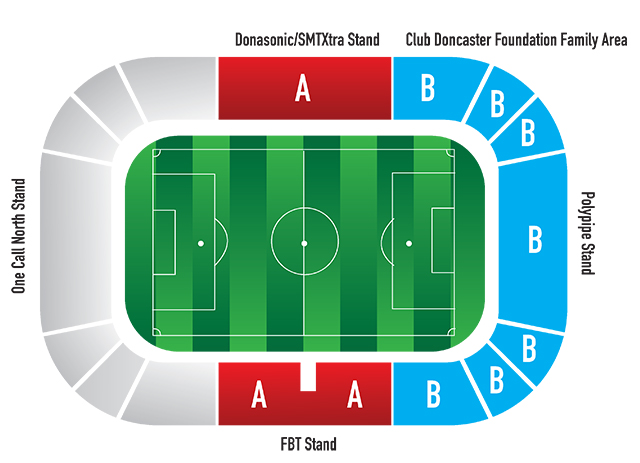 We are aware that not everyone can attend each home league game and therefore a Silver Membership may not be cost effective for you.

The Bronze Membership could be just the package for you.  Bronze Membership is available for only £10 and entitles you to a discount of up to £4 per match ticket (£3 in a category A seat), if you purchase your ticket from the Club Doncaster Box Office before midnight the day before the game.

Therefore, for those bronze members sitting in a category B seat, the cost of your match ticket will remain unchanged from last season, with adults being able to attend from only £17 and seniors £13.

All juniors who sign up to either Donny’s Squad or the Red Squad junior memberships will also receive the £3 discount. Joining Donny’s and the Red Squad is free and brings many exciting privileges including an exclusive gift and poster, exclusive parties and trips with the players and discounts.  Please call into the Box Office or email our Junior Memberships co-ordinator at reception@clubdoncaster.co.uk.

As always, the cheapest way to watch the Rovers next season is with a Silver Membership.

All our younger supporters aged 17 and under can purchase a season membership for only £30 per season, (just £1.31 per game).  This initiative has already produced a sensational increase in sales of over 320% on the 2016/17 season.

As previously stated 22-24-year-old will remain as an exclusive age category for Silver memberships.  Prices start at £219 for 22-24 year olds meaning you can save upwards of £9.50 per game.

Purchasing a Silver membership, also entitles you to a brand-new Club Doncaster product the DNA Card, which is stacked with hundreds of discounts from local and national partners, saving you even more.

A full list of Silver membership prices is listed below:

Gavin Baldwin, Club Doncaster chief executive, said: “We have made a commitment to make football affordable for our supporters.

"Your commitment to us over the past few seasons has been phenomenal and we have worked hard with the Supporters' Board to ensure that watching Doncaster Rovers next season is accessible to as many of you within the local community as possible.”

Fixture details are released on Wednesday June 21 at 9am and on-sale dates of tickets will be announced shortly afterwards.

So, don’t miss out, as we look to create even more magic moments such as Liam Mandeville’s free kick against Grimsby Town, Tommy Rowe’s winner against Mansfield Town and John Marquis’ wonder goal against Wycombe Wanderers.

Tickets and memberships are available from the Club Doncaster Box Office in person, by calling 01302 762576 or at tickets.clubdoncaster.co.uk.