If you purchase a child’s 2017/18 replica shirt on Thursday November 2 during the open day, you will be entitled to a free junior ticket for Doncaster Rovers v Rotherham on Saturday November 11.

The doors open 12:30pm until 4:00pm giving the fans the opportunity to meet some of their favourite players and get a behind the scenes insight at the Keepmoat Stadium. First-team players are expected to make an appearance between 1:30pm and 2:30pm. Fans will be encouraged to make their way to the Club Doncaster Foundation Family Stand to book on a stadium tour.

In the Family Stand fans will be greeted by the fantastic birds of prey brought to the stadium from Birds of Steele and have the chance to hold some creepy crawlies and some of their furry and feathery favourites from White Post Farm.

If that isn’t enough, young fans can spend some time jumping to great heights on a bouncy castle, just outside the family stand and take part in some of the challenging football drills delivered by the Club Doncaster Foundation.

Also, fans have a great opportunity to try out a Playstation VR brought just for the open day from our friends at GAME Doncaster, as well as challenging their friends and Rovers players on FIFA18.

Stadium tours will start every 15 minutes from the East Stands, where groups will get to see the Legends’ and boardroom, before making their way to the home and away changing rooms and practice being interviewed in Doncaster Rovers press.

To conclude the tour, fans can meet some of the first-team players in the Club Shop and have the chance to get their hands on some Rovers memorabilia.

If you plan on joining us on Thursday November 2, ensure you park in Car Park 2 as parking eye is in operation in car parks 1 & 3 and make your way to the South West corner where you will be greeted by a member of staff. 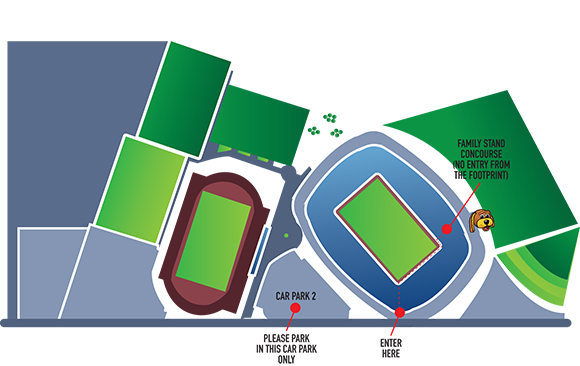