PFA League One Community Player of the Year Matty Blair was invited to Meadow Lane to take part in the EFL’s annual season launch day.

Matty was asked to take part in the EFL’s press conference which was live on Sky Sports News, filling in for Accrington Stanley manager John Coleman, who was running late to the event. 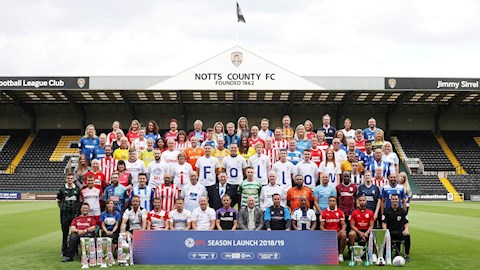 He was joined on the back row alongside Stoke City manager Gary Rowett and Notts County manager Kevin Nolan, and answered questions about the upcoming season.

From there Matty was interviewed pitch-side by the national press, before finishing off the day taking part in some promotional shots for EFL sponsors Sky Bet. 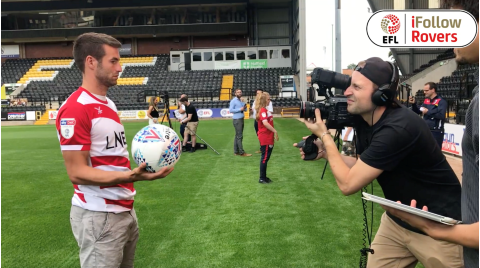 Rovers kick-off their Sky Bet League One campaign at Southend United on Saturday August 4, before their first home outing against Wycombe Wanderers the following Saturday.

The most cost-effective way to ensure you don’t miss a minute is via a Season Membership. You can buy in person from the Club Doncaster Box Office, by calling 01302 762576 or going to tickets.clubdoncaster.co.uk.