Manager Grant McCann was full of praise for his young side following their opening day win against Southend United. 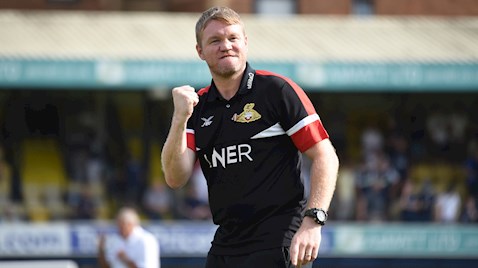 Rovers fended off late pressure from their hosts at Roots Hall to see out a 3-2 victory in Essex, and McCann sid his team should be given a lot of credit for the way they saw the game out.

“The lads are very tired after that, we hung on in there and we had the chance to kill it at the end, but it is what it is and we’re delighted to come away with three points,” he said.

“We need to start games better that’s for sure, but they dug in and saw the game out after such a lengthy period of added time, so I’m very happy with them all. 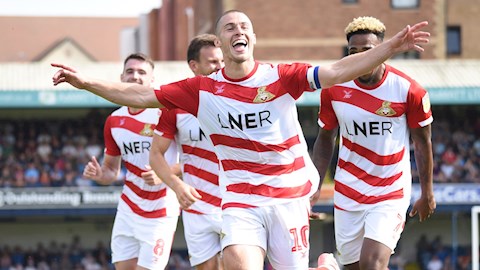 “I didn’t recognise them in the first half, I said at the break that wasn’t the group I’d worked with for the last four weeks, we looked hesitant and naïve, but we did near enough everything right in the second half.”

Rovers’ three goals all came after the break, but McCann was full of praise for his defence, in particular goalkeeper Marko Marosi, for seeing out the pressure, as well as holding on to three points late on.

“We weren’t great for the majority of the first half, we were relying on the defence and Marko who was unreal throughout, he really pulled us out of it, but then we’ve got that threat at the other end of the pitch that set it up for the win,” he added.

“I’m fortunate that I’ve got two of the best goalkeepers in the league, it was a tough decision for me between them and I feel like this was the right game for Marko, he made a lot of great reaction saves and proved me right.

“We know we’re not going to dominate a game for 90 minutes, they peppered our goal in the first half but Marko made some tremendous saves. It’s tough here, I don’t think I’d ever won here as a player or a manager, but we’re delighted to be coming away with three points.”

Rovers are looking to build on this victory when Wycombe Wanderers visit in the first home game of the season on Saturday August 11.

The most cost-effective way to ensure you don’t miss a minute of what promises to be a thrilling campaign is with a Season Membership. You can buy in person from the Club Doncaster Box Office, by calling 01302 762576 or going to tickets.clubdoncaster.co.uk.