Grant McCann is eyeing a big third round draw after Rovers progressed in the Emirates FA Cup with a 2-0 win at Charlton Athletic. 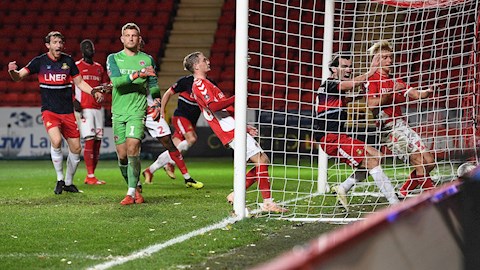 Second-half goals from Andy Butler and John Marquis sealed the victory, and the manager is looking forward to seeing who Rovers will face next in the competition.

He said: "Getting through to the third round is a big deal for the club, it helps us financially at what could be a key time of the season.

"I love the FA Cup and I've said that every year since becoming a manager, I want to go far in the competition and be rewarded with a big tie.

"Liverpool away would be nice as my family all support them, but everyone wants the same though so we will wait and see."

The win against the Addicks made it five unbeaten for Rovers in league and cup, and McCann feels they are firmly on track.

He added: "Our performance wasn't to our usual standards but we improved as the game went on, we won the game and that's all that matters.

"The atmosphere in the stadium was flat so that didn't help either team, we knew it was going to be difficult even with the changes they made.

"We've got a big run of games coming up in the league and we want to make sure we keep everyone fit and ready to go."