Late drama at the Keepmoat Stadium saw both sides share a point as Rovers were held by Oxford United in a 2-2 draw in Sky Bet League One. 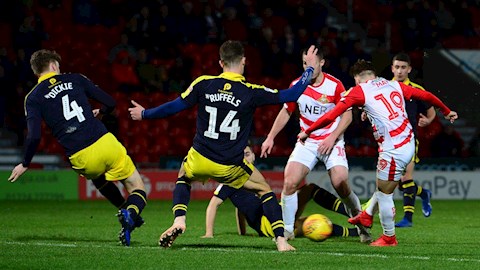 Ben Whiteman put Rovers ahead with a first half penalty, before Gavin Whyte’s 64th-minute leveller.

Alfie May came off the bench to put Rovers ahead on 90 minutes, before Josh Ruffels scored with the last kick of the game to seal a point for the U’s in the sixth minute of added time.