Paul Stancliffe’s U18s side came from behind in a five-star performance to continue their dominance in the EFL North East Youth Division. 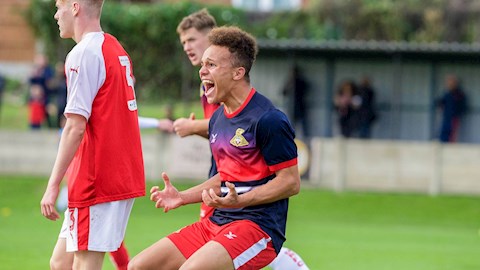 It did not take long for Rovers to get their first goal of the afternoon when a corner was floated into the area and bounced around before Myron Gibbons struck it on the volley, sending the ball into the top-right corner of the net.

Gibbons almost contributed to Rovers' second, as he lifted the ball over Rotherham's back-line, releasing Rieves Boocock through on goal but the forward's shot was saved.

Rovers were then caught on the break when the Millers' No.9 was able to muscle his way through and slide the ball through Lewis Landers' legs.

Rotherham stunned Rovers as they took an early second-half lead through Tyrone Lewthwaite as the Northern Irishman headed home from a corner.

A rapid response from Rovers saw Gibbons force an error from the Millers' goalkeeper, as he missed timed his challenge on the Rovers striker, allowing Gibbons to put the ball into an empty net.

Stancliffe's side then executed a training ground set-piece routine to perfection, as AJ Greaves delivered the ball into the box which was met by the head of Cameron Foulkes, he headed across the face of goal where Jack Watson was on-hand to tap in.

Rovers' fourth goal of the afternoon came through a similar routine, but this time Gibbons was the man to profit and extend the lead..

The game was wrapped-up two-minutes from time as Boocock got on the end of a poor clearance to score a 35-yard stunner and seal the win.