Danny Andrew has relished a season of regular first-team football, and was delighted to make his 50th appearance of the campaign with a goal. 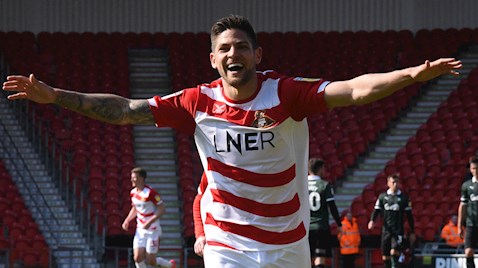 An injury limited the left-back to just six appearances in his first season in South Yorkshire, and takes great pride in the way he has bounced back.

"That was my 50th game this season, compared to the six I had last year, and I'm quite proud of what I've achieved personally - we've had a good season as a team so far and I want to help us achieve promotion," he said.

"It's good playing in that back four at the moment, and the back-to-back clean sheets have shown that it doesn't matter who plays, we're all comfortable playing with each other, we all keep it tight at the back and allow those up top to do the rest."

Andrew's free-kick helped Rovers to a 2-0 win over Plymouth on Saturday, keeping them firmly in the driving seat for a play-off finish and ensuring confidence is high for Good Friday's trip to Sunderland.

"We have to focus on the next game now, it's a big one coming up with a trip to Sunderland on Friday," he added.

"It's on TV too we know there'll be a lot of people watching, and it could be a big tester should we stay in the play-off places and have to face them again."