Grant McCann praised his side's performance in Saturday's win over Plymouth Argyle, feeling Rovers saw out the game comfortably after taking control in the first half. 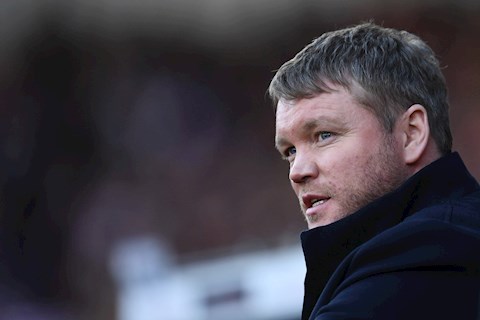 Goals from Danny Andrew and Tommy Rowe both struck before half-time to secure three points for Rovers, and McCann felt his side could have had more goals to their name.

"I thought we were very good in the first-half, and we possibly should have had two or three more goals. I think we had 26 shots in the game so we were probably unfortunate not to get more, but I was pleased on the whole," he said.

"Plymouth came into the game a bit more in the second-half, but I thought we looked comfortable across the whole game. Plymouth went more direct in the second half, but the two centre-halves dealt with everything that came their way. We've got very good centre-halves and they're all keeping each other on their toes.

Rovers have recorded four consecutive wins while missing some key players, and McCann is pleased to be able to welcome more back for the crucial closing games of the regular season.

"The most pleasing thing at the moment is that when we're losing players through injury, other players are coming in, stepping up and putting in a good performance," he added.

"We've still got players to come back like Ben Whiteman, Joe Wright, Ian Lawlor and the young boys are pushing for places too, the competition for places is getting better and better and I'm really pleased with our strength in depth."