Rovers failed to make their early dominance count as they were undone in the second half at AFC Wimbledon. 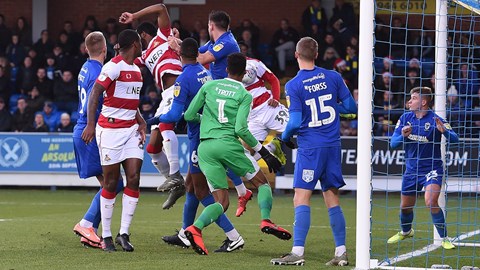 14 December 2019
Darren Moore's side had a deserved lead at the interval from Kwame Thomas' header, but were unable to convert any other chances.
And despite starting the second period well, the home side were allowed a way back into the game through a penalty for a foul on Marcus Forss - which he converted - before they snatched victory with a quick counter-attack goal converted by Callum Riley.