Darren Moore says his side must remain resolute if they are to earn a positive result at Peterborough United on Boxing Day. 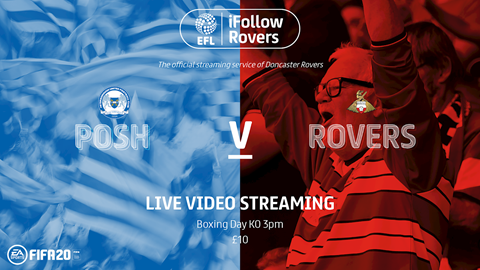 The Posh are the highest scorers in Sky Bet League One, and the Rovers manager says the team must stick to the game-plan.

He said: “They have a good strike force and it’s probably one of the best in the division, which is what the stats prove with the goals they’ve scored.

“We know defensively we will have to be on the top of our game, not just the back four but collectively as a team as well.

“I know Darren Ferguson really well and it probably adds to the occasion that he used to be the manager here.”

With three games coming up in less than a week, Moore says he will need every player in his squad to step up.

He added: “We’ll assess things game by game but also try and get as much as we can out of the players we have available.

“We will look at where they are after every game, with three games in the space of a week we will need everyone.”