Two goals from Kieran Sadlier set Rovers on their way to an impressive victory at Peterborough United. 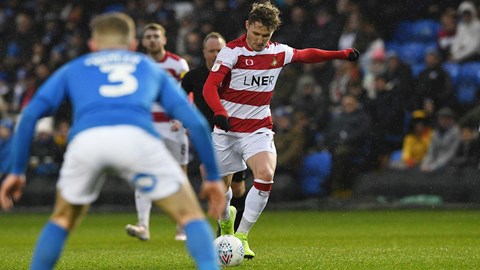 Sadlier struck either side of the break, with captain Ben Whiteman putting the result beyond doubt when he completed a late counter-attack.

It capped off a memorable victory at a side who had started the day second in the table and are widely regarded as automatic promotion contenders.