Jon Taylor’s second half strike was not enough as Rovers had to settle for a point against an in-form Accrington Stanley at the Keepmoat Stadium. 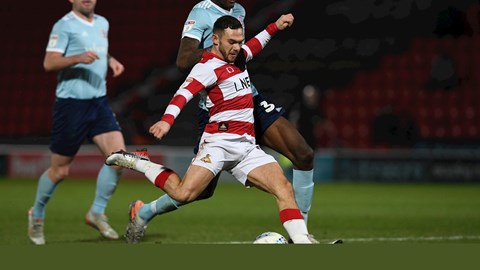 Taylor finished off a wonderful counter-attacking move to put Rovers ahead just before the hour mark, but substitute Offrande Zanzala bundled the ball home from a Stanley corner with less than 10 minutes left on the clock to ensure the sides would share the points.