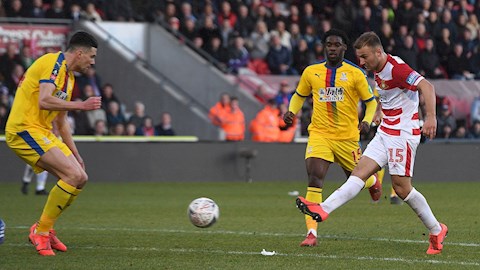 Rovers performed excellently against the top-tier opposition, but Palace were more clinical in front of goal and first-half finishes from Jeffrey Schlupp and Max Meyer were enough to win them the match.

Grant McCann made two changes to the Rovers side that defeated Southend United earlier in the week. Mallik Wilks was forced to miss out through suspension which made way for Alfie May whilst Matty Blair was preferred to Aaron Lewis at right-back.

Rovers are back in action at the Keepmoat Stadium on Saturday March 2 when they host play-off rivals Charlton. Make sure you don't miss a moment by booking your place from the Club Doncaster Box Office on 01302 762576 or by going to tickets.clubdoncaster.co.uk.