Rovers concluded their Premier League Cup campaign with a defeat to a very strong Blackburn side. 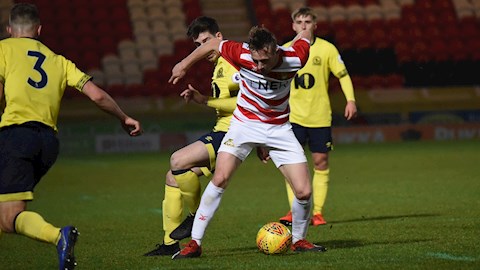 Blackburn had an early flurry of attacks, with Daniel Butterworth and Ben Brereton scoring with early efforts which left home keeper Declan Ogley with no chance.

Rovers first really threatened when Max Watters stretched the play going forward before dragging the ball in for Rieves Boocock who could not get the ball under control, making it easy for Charlie Albinson to gather his shot.

That gave the home side belief, and they won a threatening free kick from just outside the corner of the box.
Cody Prior chipped the ball all the way to the back post, and it skimmed the head of Rian McLean.

Blackburn made it three on the half-hour mark as they crossed the ball into the area where Joe Nuttall converted.

That was not to be the end of the scoring in the opening 45 minutes, with Watters latching on to a throughball from Alfie Beestin before stroking the ball calmly past Albinson.

Rovers pushed to get back into the game in the second period, with Branden Horton drilling a low effort wide and Elliott Walker also missing the target.

But the visitors showed their class when Brereton squeezed the ball past Ogley for his second of the game, before Nuttall also sealed his brace with a smart finish after rounding the home goalkeeper on a quick counter-attack for the visitors.