Rovers were unable to turn a dominant second half performance into goals as they fell to defeat at Shrewsbury Town. 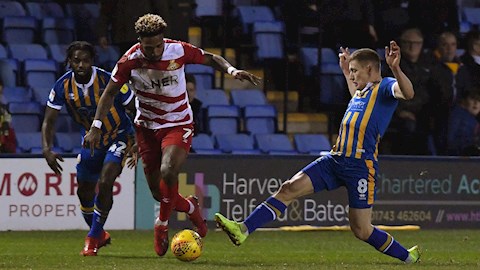 Grant McCann's men pushed to get back into the game and had several efforts cleared off the line, but that combined with some good stops from home goalkeeper Steve Arnold and some wayward finishing saw the Shrews hang on to claim all three points

First-half goals from Josh Laurent and Tyrese Campbell did the damage, as Rovers were made to pay for what manager McCann described after the match as a poor opening 45 minutes.