Doncaster Rovers have signed Swansea City defender Aaron Lewis on loan until the end of the season subject to international clearance. 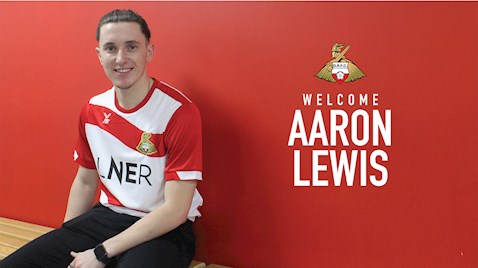 The 20-year-old right-back joined the Swans when he was just nine-years-old and has progressed through the Academy, signing his first professional deal with the Sky Bet Championship outfit in 2016.

Lewis is a regular starter for Wales U21s and has played for Swansea U21s in the Checkatrade Trophy, but he is now keen to show what he can do in Sky Bet League One.

“I played a couple of times in the Checkatrade Trophy and trained through pre-season with the Swansea first team but now is the right time to get out and get some competitive games at a great club,” he said.

“I’m really excited to get going. Doncaster Rovers is a really good club that’s doing well so it’s a good opportunity to step up and hopefully push the club forward as much as I can.

“I’m a full-back who likes to play on the front foot, I try to be nice and aggressive and then get forward on the ball so hopefully I can contribute with a few goals and assists as well.”

Settling in at Rovers will be made easier for the Welshman by the presence of a familiar face in midfielder Herbie Kane.

“I know Herbie. I spoke to him a few times and he said the boys here are really good, it seems like a good environment to come into,” he added.

“The way this club is going, they want to go up to the Championship, so I’ve got to work hard, show what I can do, and see what happens at the end of the season.”