Tony Cook has been appointed as the head of Rovers’ Academy, stepping up from his role as head of coach development. 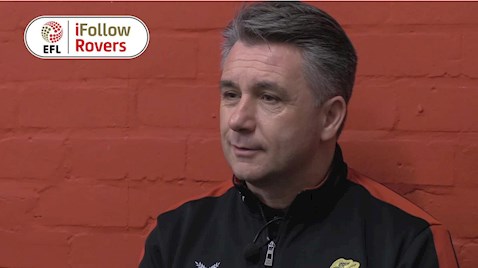 Cook is a familiar face at Cantley Park having joined the club in September 2017. He feels the integration of the Academy system at Rovers, where the U18s are based alongside the first-team at Cantley Park, offers a unique opportunity for players to develop at the club.

“The best thing for an Academy coach is to see a player progress and get into the first team, that’s what you do these roles for,” he said.

“Young players can see there is a clear pathway from the Academy to the first team. I think it’s crucial to be able to show that to prospective players and parents so they choose Doncaster Rovers Football Club.

“They have such a unique environment here. They’re in front of the first team management staff every day so the staff are aware of the players and the players are interacting with the first team. They get to see good role models, James Coppinger, Andy Butler and numerous others, who portray good traits for a professional footballer.”

Cook worked closely with former head of academy Kieran Scarff and is looking forward to building on the work of his predecessor.

“Kieran did an excellent job at the club. During the second audit Rovers were in the top four, which is a major achievement and is testament to his leadership skills and his man management skills,” he added.

“I’m looking forward to consolidating everything that he’s done and trying to add some new values if possible, but certainly maintaining what he’s done at this football club in this short space of time.”

The Rovers CALM third shirt goes on general sale in the Club Shop and online on January 11. The players will be wearing the shirt at the home match vs Burton Albion which takes place on January 19.