Tyler Smith was delighted to open his Rovers account in the 2-2 draw with Burton Albion in Sky Bet League One. 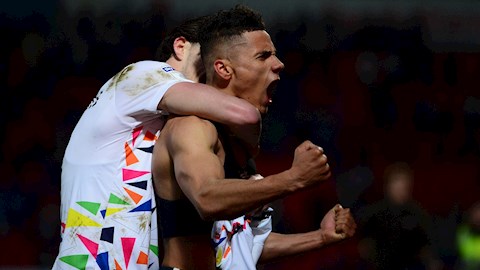 The 20-year-old came on as a half-time substitute and netted twice on his debut for the club, after signing on loan from Sheffield United.

He said: "I'm over the moon with my goals, I've come here to help the team and score as many as I can.

"I took a chance for the first one and managed to get a header in, for the second I knew I needed to stay composed.

"The manager wanted to change things at half-time and freshen things up, he told me to go out there and express myself."

A late Burton equaliser denied Rovers all three points on the day, and Smith says the dressing room was disappointed not to get the win.

He added: "The first-half wasn't like us and we're normally very quick with our play, we improved a lot after that.

"We were all gutted at the end but the important thing now is that we work hard to win our next game."