Mallik Wilks has agreed a new loan deal which will keep him at the Keepmoat Stadium until the end of the season as Rovers' quick January transfer window strategy continues to pay off. 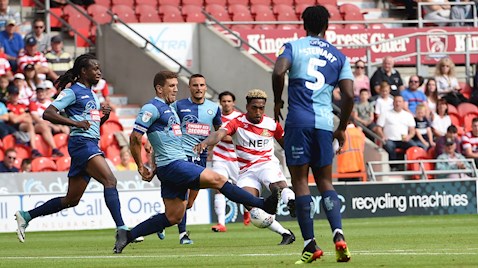 Wilks joined Rovers on loan from Sky Bet Championship side Leeds United in July and has already made 30 appearances across all competitions, scoring eight goals to be the side's second highest scorer behind John Marquis. He has also contributed four assists.

He is the second loanee to extend his stay at Rovers this January following Herbie Kane who finalised his deal before Christmas after an impressive opening half to the season in red and white.

Confirmation of Wilks' stay at the Keepmoat Stadium comes a day after news of Tyler Smith's loan from Sheffield United, while manager Grant McCann has also added Kieran Sadlier to his side as he looks to push for a place in the end of season play-offs.