Rovers chief executive Gavin Baldwin says he and the club’s board have a strong shortlist of candidates from which to choose the next first-team manager. 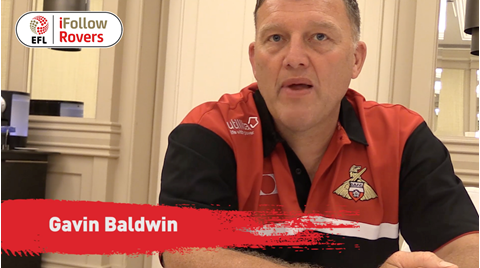 Gavin and the owners will carry out interviews on Monday and Tuesday and hope to have completed an appointment later that week.

He said: “We’ve had strong interest and have taken references across all levels. We did not choose for Grant to leave, but it is our job to ensure we come out the process in a better position than we went into it and we are extremely optimistic.

“We’ve worked hard to talk to people across football at all levels about possible candidates to give ourselves the best chance of the best possible manager to have a very good season again this year. ”

Gavin is part of the Rovers delegation at La Manga Club for a pre-season training camp.

He added: “I wanted to be there for John Schofield, the coaching staff and players to provide confidence and reassurance and just allow them to focus on football. Seeing what has been achieved so far by everyone means it has been a worthwhile exercise.

“Also, selfishly, it has enabled me to spend more time on the phone and ensure the recruitment process for the new manager has allowed us to get the strongest possible candidates in front of us on Monday.

“We’ve still been having conversations with players to bring in, we obviously want to give the new manager the courtesy of approving them. As part of the recruitment process we’ve been speaking to the candidates about these players and they share our enthusiasm about their abilities.”