Former Rovers defender Darren Moore has been appointed as the club’s manager. 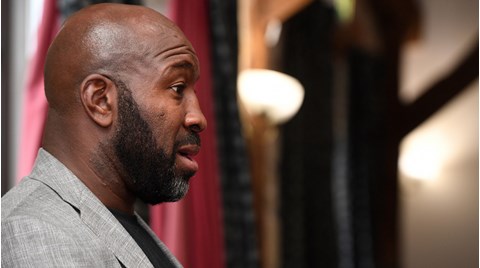 10 July 2019
Moore has previous managerial experience in the Premier League and Sky Bet Championship with West Bromwich Albion.
He said: “It feels really good to be back, having been here before as a player to be back as the manager is an honour for me.
“I’m looking forward to getting to know everybody around the place, the role really appealed to me given the Club Doncaster model currently in place.”
Rovers chief executive Gavin Baldwin added: “I’m really pleased to have Darren on board, he was a really strong candidate and I am confident he is a really good fit for the club.
“His values match ours, and I’m sure our supporters join the owners and myself in giving him a warm welcome and wishing him well at the club. Everyone is now focused on having a good season and building towards the opening game against Gillingham.”

Season tickets are on sale now from tickets.clubdoncaster.co.uk, alternatively you can purchase tickets in person at the Club Doncaster Box Office or by calling 01302 762 576