Defender Tom Anderson believes his first full season at Rovers saw him produce the best football of his career. 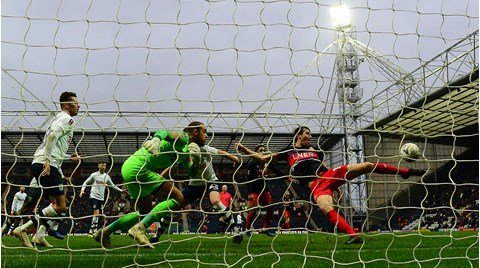 Anderson signed from Premier League side Burnley in 2018 after an impressive loan spell at the club the season before, and clocked up 33 appearances.

He said: “On a personal note I think it has been my best season, with the team getting to the semi-finals of play-offs. We were unlucky in the end against Charlton, we played well and can kick on next season.

“As the season has gone on I have got more confident and had a good run of games in the middle of the season, playing against Preston and Crystal Palace in particular were good experiences and that is what it’s all about. It was important that I came here and had a good first season.”

The centre-back bagged two goals as well, in the wins at Bristol Rovers and Preston North End.

He added: “The goal against Preston meant a lot to me, it was good to get on the scoresheet.

“I should’ve maybe got another one earlier on in the season against Peterborough that was disallowed, but I’ve enjoyed chipping in with the ones I have.”

Season Memberships for 2019/20 are available now. Secure your place at the Keepmoat Stadium by calling 01302 762576 or going to tickets.clubdoncaster.co.uk.