The Rovers first-team squad were in high spirits as they returned to training at a sunny Cantley Park ahead of the 2019/20 Sky Bet League One season. 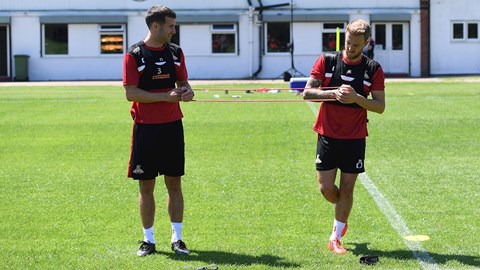 GALLERY | Players back for pre-season training

James Coppinger returned for his 16th season alongside new signings such as Brad Halliday who were seeing the training ground for the first time. The players will be put through their paces at Cantley Park before heading to La Manga for a week of intense training in the Spanish sun.

Training is being overseen by professional development coach John Schofield and goalkeeper coach Paul Gerrard while the club appoint a new manager.

The pre-season schedule includes tailored fitness programmes, double training sessions and pre-season friendlies to ensure the team are ready to go when they host Gillingham on the opening day of the season.

Rush Week runs until 11.59pm on Sunday June 30 at the Club Doncaster Box Office. Tickets can be purchased in person or by calling 01302 762576. You can also purchase tickets online via tickets.clubdoncaster.co.uk.