John Schofield will oversee training when the first-team squad return to Cantley Park for the start of pre-season training this week. 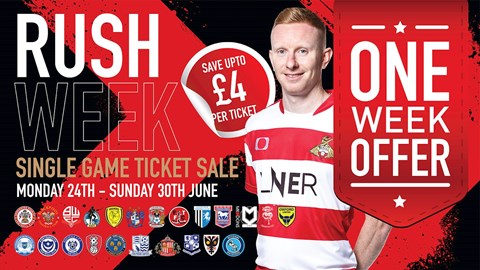 Chairman David Blunt and chief executive Gavin Baldwin met with the backroom staff on the morning of June 24 to relay the plan in the interim while the club appoint a new manager. This included confirmation that professional development coach Schofield will lead the sessions alongside goalkeeping coach Paul Gerrard.

Schofield said: “It’s a real privilege to be able to take the lead at this club, but it will be a real team effort and the attitude of the players and staff is second to none. I’m looking forward to it.

“It’s a really important time of year, the players will have looked after themselves over the close season and everyone’s ready to go.”

Schofield confirmed the schedule has already been drawn up, with everything ready for the return of the players on Thursday morning.

He added: “The pre-season process is all planned, and is all based around building up the players to be ready to go in August.

“Although this is a team game, the early days of pre-season are a much more individual process and is about people getting back up to speed and getting used to being around the football again.”

Gerrard added: "This is not the first time the club has been in this situation and the chairman was quick to provide assurances regarding the process. The structure of the club and the plans already in place will allow us to get a really good pre-season in and the players will be ready for when the new manager comes in.”

Rush week is now on! Rovers fans can pick up individual match tickets at a discounted price saving up to £4 per ticket. Tickets can be purchased directly from the Club Doncaster Box Office or online by visiting tickets.clubdoncaster.co.uk.