Doncaster Rovers Belles will join the Club Doncaster family in May 2019. The team brings 50 years of history with them and are historically one of the most successful ladies teams in the country. 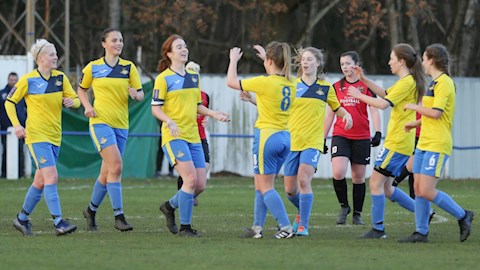 Formed in 1969 by a group of Doncaster Rovers supporters, the Belles went on to dominate women's football in the late 1980s and early 90s reaching the FA Women's Cup final an incredible 11 times in 12 years. The Belles reached the final a further two times in 2000 and 2002, making them one of the most successful sides in the competition.

Club Doncaster are looking forward to celebrating 50 years of Doncaster Rovers Belles later in the year.

Belles chair Faye Lygo said: "I have really enjoyed being a custodian of this fantastic team over the past few years, but feel, for the Belles to progress, we need to make this change.

"This is a wonderful opportunity for Doncaster Rovers Belles and a move that will help secure the future of the club for years to come. We look forward to seeing the progression the Belles will make as part of Club Doncaster."

Club Doncaster chief executive Gavin Baldwin said: "We are delighted to have the Belles on board. They are one of the most successful women's football teams in England and are an excellent addition to the Club Doncaster family.

"We are looking forward to celebrating their golden anniversary and already have some exciting plans once they join the family in May. We will be sharing more in the near future. "

As part of the merge, Club Doncaster have a new vacancy for Doncaster Rovers Belles' chief executive, to find out more about the role and to apply, click here.