Ian Lawlor says he is grateful for the faith shown in him by manager Grant McCann after penning a new two-year contract with Rovers. 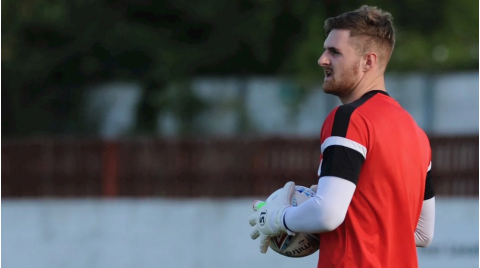 The Irish goalkeeper suffered a season-ending shoulder injury in January, but has been rewarded for his performances prior to that with a deal until the summer of 2021.

He said: "I'm delighted to get it over the line, we've been talking about it for a couple of weeks so it was something all parties were keen to get done.

"I was coming towards the end of my contract and I didn't know where I was going to be, but the manager has been great with me and he understood my position.

"I can't speak highly enough of him for the trust he's put in me, he told me now I've got the deal sorted to just come back as fit and strong as I possibly can."

The 24-year-old signed for Rovers from Manchester City in January 2017, and says he now feels at home in South Yorkshire.

He added: "I'm settled and everyone has always been really good with me throughout the club, it's pleasing I'm wanted here for the next two years so I'm focused on getting over the injury now.

"I have no reason to want to leave the club, once we started speaking it was an easy decision for me to agree the new deal.

"I had some really good messages from the fans when my injury was made public, and that meant a lot so I wanted to give something back to them as well."

Season Memberships for 2019/20 are now on sale at the Club Doncaster Box Office in person, via telephone on 01302 762576 and online at tickets.clubdoncaster.co.uk.

Early bird pricing is available until Monday April 1 2019, when Silver Memberships will go off sale until the club’s final league position has been established in May.