Paul Stancliffe believes his U18 side can take real confidence into their title race after coming from behind to beat Lincoln City’s youngsters on Saturday. 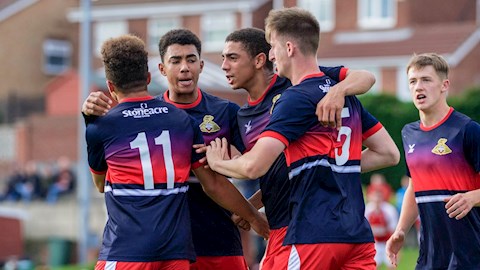 Cameron Barnett, AJ Greaves and Will McGowan were on the scoresheet in the 3-1 win in Lincolnshire which leaves Rovers three points behind leaders Grimsby Town - but boasting a game in hand over the young Mariners.

He said: “I was proud of the second-half performance we produced – in the first there was too many individuals trying to do their own thing and we never looked like the team we have all season and that’s what I told them.

“In the second half we worked hard in terrible conditions, so I didn’t think it was ever going to be a game for pretty football, but we still tried to do it and it didn’t always come off.”

Rovers are in a tightly congested title race and Stancliffe wants his squad to believe they can claim some silverware by the end of the season.

He added: “If they play like they can – and we know they can – then we have a perfect chance. I enjoy watching them play and they are a good team, but we need to be able to work hard which is something we as a club pride ourselves on.

“If you do this is the reward it gets you. I hope this is the boost of momentum we can take heading into the final stretch, but our main aim is still about developing these players and that’s not something we’ve forgotten. Heading towards the end of the season the younger ones will now start to get a bit more game time.

“We do need to win games too and we can have that little push and who knows if we keep going we may get something at the end of the season.”