Late drama at the Keepmoat Stadium would see Rovers left to settle for a point against fellow promotion chasers Charlton Athletic in Sky Bet League One. 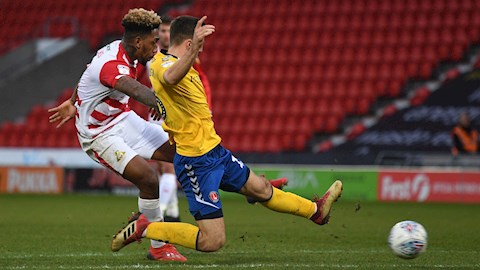 Rovers battled well against the fifth-placed Addicks who took the lead through an own-goal before Mallik Wilks pulled his side level a few minutes later, before Rovers saw a winning goal chalked off after a late offside flag was raised by the assistant referee.