Rovers captain Ben Whiteman has committed his long-term future to the club - signing a a contract extension which will keep him at the Keepmoat Stadium until the summer of 2023. 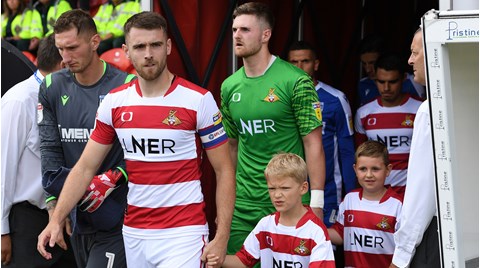 Whiteman, who has been at the club since the summer of 2017, says he believes in the long-term planning being put in place by manager Darren Moore.

He said: “I can see the long-term vision coming into place. That is with the owners with where they want to the club to be, but from my side the gaffer has been pivotal. He knows so much about football and cares so much about improving us.

“He has been different class with me and all the lads, and tells us whether you are the youngest or oldest person in the squad that every day is an opportunity to learn. ”

Rovers have secured the services of their skipper despite interest from Championship clubs, and he is determined to try to get to the second tier with Rovers.

He added: “It is flattering to have this interest from clubs in the Championship - I back myself to play there and feel I’m ready to do so, but this club feels like home and I want to get there with Rovers this summer.

“The contract has been in the pipeline for a while, the board came to me when there was interest in the summer and I’m really pleased it is all sorted so I can concentrate on my football.”