Gary McSheffrey praised the ruthless approach shown by the U23 side as they demolished Huddersfield Town in the Central League Cup. 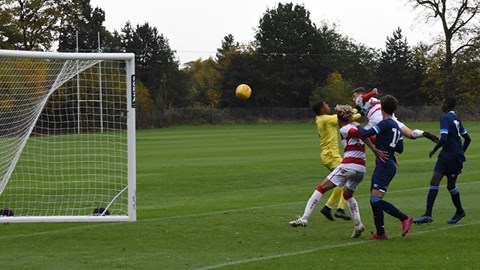 Rovers were 6-2 victors at Cantley Park, setting the tone by scoring in the second and third minutes of the match.

McSheffrey said: “It was a really fast start from us, and they weren’t causing any threats to us. We got a little sloppy towards the end of the first half and they pulled one back, but I was happy with the second half performance and the ruthlessness the lads showed.

“I told them not to feel sorry for Huddersfield, there was a few youngsters in their team but there was in ours too. You can only beat what’s in front of you and I wanted them to put the knife in and get three, four or five goals which we did.”

McSheffrey feels there is still more to come from the U23 group, who are next in action when they head to Aston Villa in the Premier League Cup on Monday.

He said: “There’s lots of positives to take and we can always improve on things. We’re nit-picking, but they are the fine details and if they want to step up to the first-team those are the things they need to eradicate from their game.

“We are going to come up against some good teams in the next couple of weeks so we’re going to have to raise the bar again.

“There’s never been a better time at the club to stamp your authority on a game like this and get in the manager’s vision. There are opportunities there to get onto the bench for the first-team initially then be the person who comes on.”