Darren Moore has said he is delighted to bring Rakish Bingham and Harrison Myring to Rovers after the pair impressed during their trial periods. 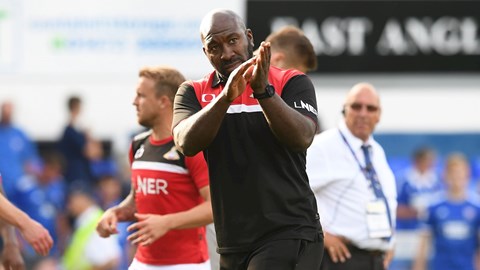 “I’m delighted to welcome in Rakish and Harrison. They are two players who fit what we’re trying to bring here to the football club,” he said.

“They carry an attacking threat, have wonder speed, and possess tight ball control. They have been in with us for a few weeks and both have impressed in training so we had no hesitation in giving them a both a contract.

“I think they’ve both shown a wonderful appetite and have integrated well in training. They’ve played in a couple of friendly games behind closed doors and showed what they were about in terms of their ability and I’m glad to have them on board.”

Moore believes that both will develop well in the coming months as they settle in properly.

“They will get stronger and fitter. They’ll develop a greater understanding of the jobs and responsibilities for the team and obviously will allow us to carry more of a goal threat with their attacking prowess,” he added.

“I’m sure you’ll see over the next few months why we’ve brought them here.”