Half Season Memberships for Rovers’ Sky Bet League One campaign will be on sale from Monday 28 October, online and from the Club Doncaster Box Office.

Kicking off on December 29 when Rovers face Sunderland at the Keepmoat Stadium, your Half Season Membership encompasses the 10 remaining games of the home League One campaign.

Full paying adults can see all the action from just £16 per ticket in category C seating, with concessions even less - juniors aged 17 years and under are just £15 for all 10 games. 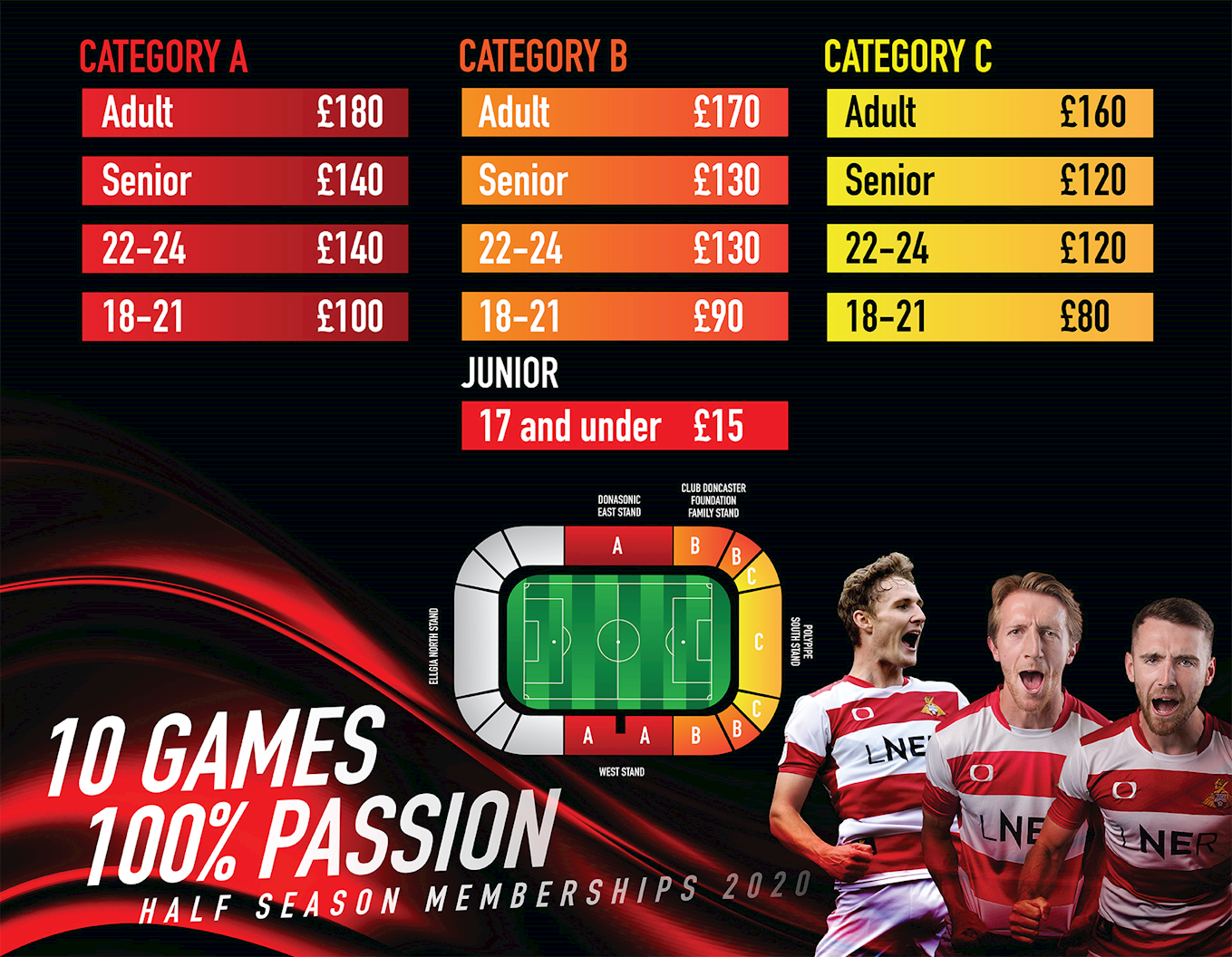 The perfect Christmas gift for a Rovers fan, memberships will be available to purchase from Monday October 28 from 9am at tickets.clubdoncaster.co.uk in person at the Club Doncaster Box Office or via telephone on 01302 762576.